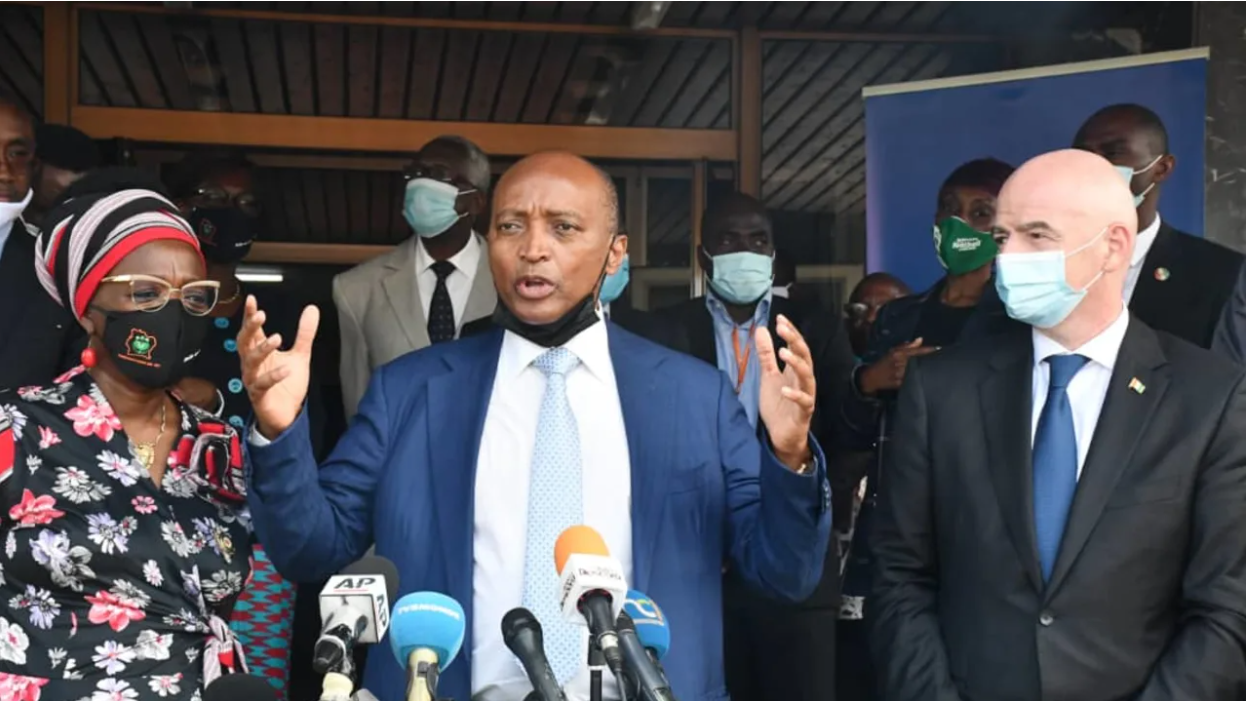 The two world football leaders have not ceased to advocate peace since their arrival on Ivorian soil.

“Let me thank the Normalization Committee for the work done so far and thank ministers and authorities present. Thank you also to my brother, FIFA president who is committed to high quality football in Africa. There are two things I want to say: Côte d'Ivoire is one of the greatest countries when it comes to football. I am proud that this country has not only produced great players for the nation but also for the world. This is what makes us proud. I would like to conclude by saying two things: Côte d'Ivoire needs to bring together all the talents that exist here. Several countries in Africa have the potential to win the World Cup and Côte d'Ivoire is one of them. For that, we must be together. I have learned that there are three parties in conflict.

"I rather think that we must put all the forces together. Unity in football is important. You must show us the way and we will follow you. We will come back in 2023 for the AFCON. Côte d'Ivoire will be the host country of the biggest competition in Africa,” said Dr. Patrice Motsepe, after visiting the headquarters of the Ivorian Football Federation, located in the popular district of Treichville, in the heart of the economic capital.

World football governing body leader Gianni Infantino agreed with his CAF counterpart Dr. Motsepe. “It’s a real pleasure to be with you. Cote d’Ivoire is a beautiful country. This is my first visit, now I know the way. I would like to underline the unity of football, but you must know how to put aside differences to make young people vibrate. It is our obligation to work in unity for youth, for football. My story with Cote d’Ivoire is with Ahmed Ouattara who played in Switzerland.

"I was young and did not have money to go to the stadium, but we were shouting Ouattara when he scored goals. Cote d’Ivoire can win the Africa Cup of Nations and why not the World Cup,” Infantino told the press. FIFA president was especially keen to make it clear that he did not choose any camp.

The busy day of the two football leaders took them first to the Ministry of Sports Promotion and Development of Sports Economy then to the Presidential Palace, in Plateau business district, where they had lunch with the President of Côte d'Ivoire, H.E. Alassane Ouattara.

At both Sports Ministry and the Presidency Palace, Motsepe and Infantino insisted on the cohesion and living together of local football entities.

In the afternoon, FIFA and CAF delegations, as well as the competent country authorities will go to Abobo, one of the most popular districts of the country to present the project of Dr. Patrice Motsepe on the Pan-African Inter-school Football Championship.