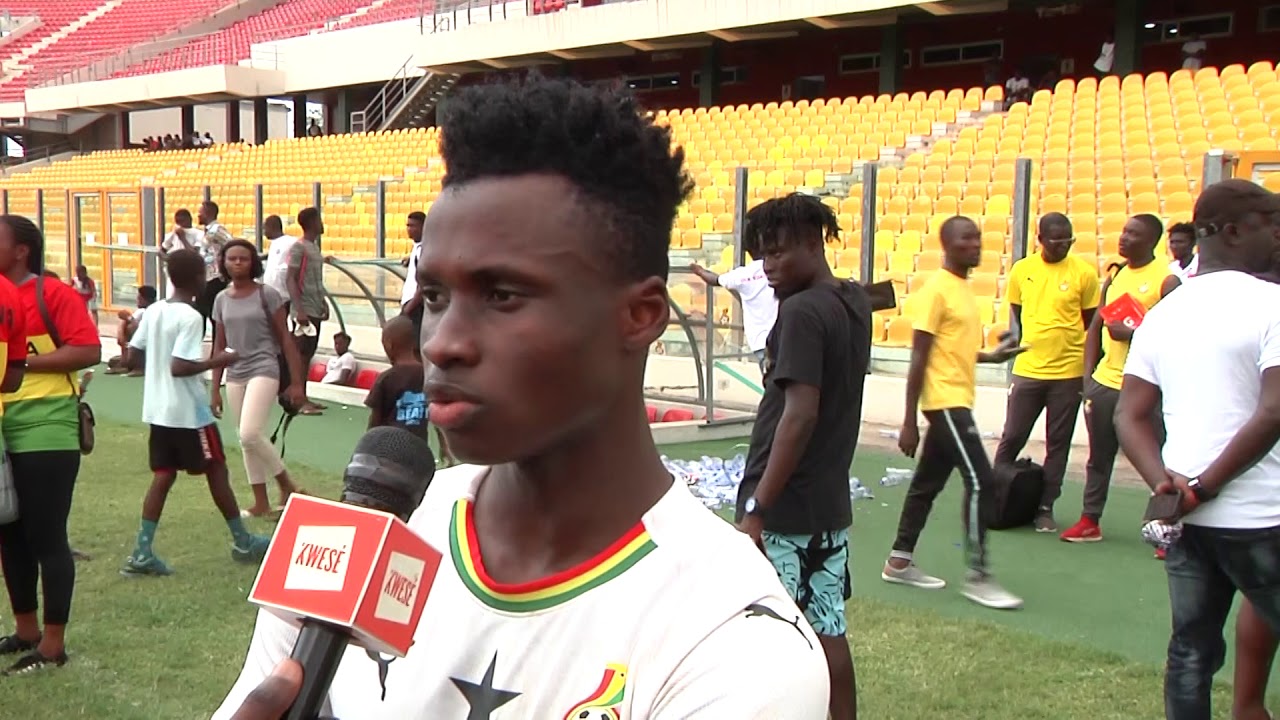 Explosive Ghanaian winger, Evans Mensah has disclosed that the Black Meteors are psyched up for their upcoming clash against Egypt in the CAF U-23 Africa Cup of Nations (AFCON) tournament.

Ghana played her first match of the tournament last Friday but only managed to pick up a point after drawing 1-1 with Cameroon.

In need of 3 points to enhance her chances of qualifying to the group stage, Ghana faces host nation Egypt on Monday evening in the second Group A match.

Speaking on the upcoming match in a press conference, Evans Mensah says the Ghanaian players are very ready and will be gunning for the win in all subsequent games.

“The players have psyched themselves after the drawn game against Cameroon last Friday and we’re all battle-ready for the subsequent games”, the HJK Helsinki youngster said.

He added. “After the first game against Cameroon, the coaches spoke to us about the game, especially what we did wrongly in the other game and what should be done in the next one so we’re not going to make it easy for opponents.

“We were made to chase the ball all the time against Cameroon because of our inability to keep possession and when you play without the ball you become tired very quickly and that’s what we will change in our next game and rather force our opponents to do the chasing”.

He further stressed, “We know the task ahead and we will do everything possible to make it to the next round”.

The crucial match between Ghana and Egypt will be played at the Cairo International Stadium and will kick off at 18:00GMT.