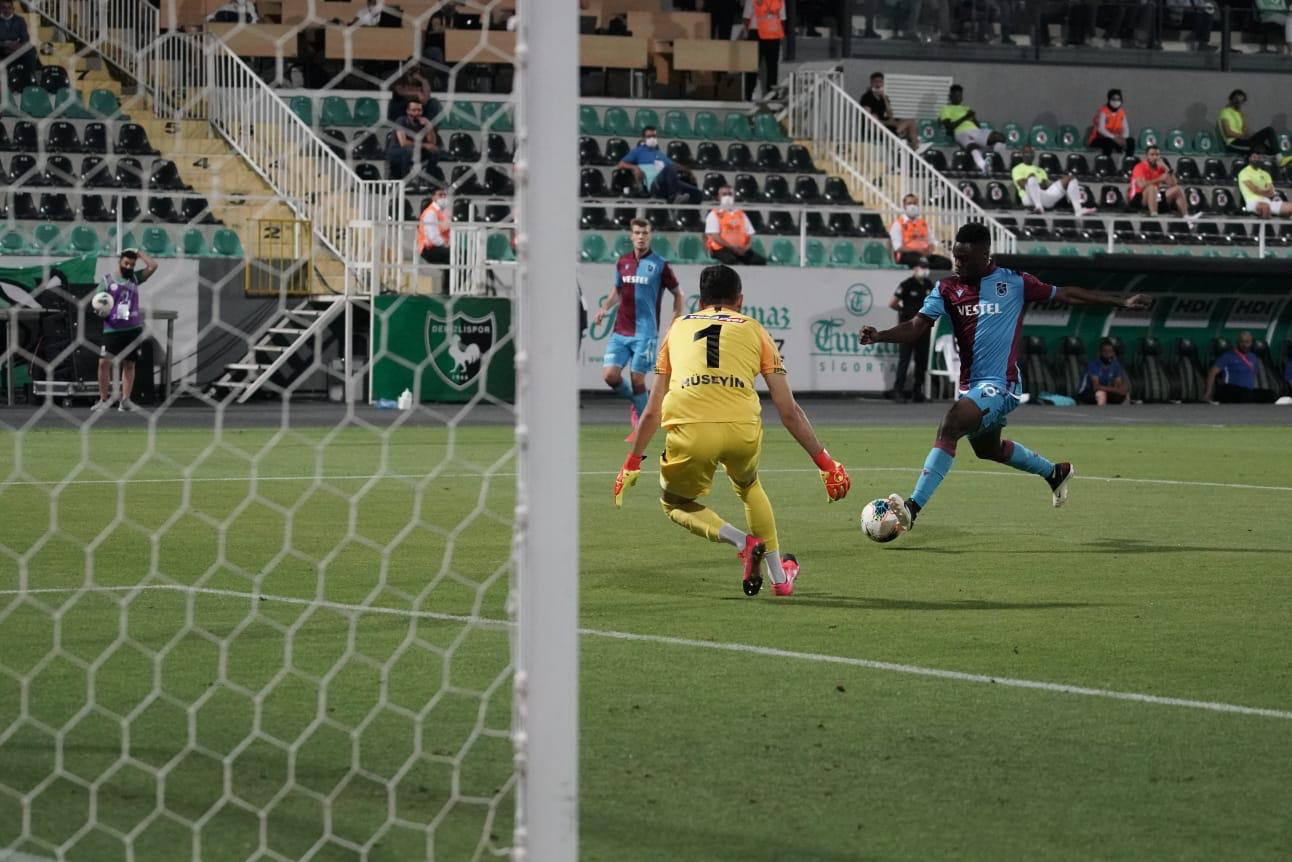 Ghana international Caleb Ekuban registered his name on the scoresheet for Trabzonspor on Monday night but it was not enough as they lost 2-1 to Denizlispor at the end of the 90 minutes.

Looking for a win to put pressure on leaders of the Turkish Super Lig Istanbul Basaksehir, Trabzonspor could not get the job done.

Playing as a guest to Denizlispor at the Denizli Ataturk Stadium, the away team took the lead on the 14th minute courtesy a strike from Caleb Ekuban after he was assisted by Abdulkadir Omur.

Though Trabzonspor held on to go into the halftime break, they were unsettled in the first minute of the second half when Denizlispor leveled the score through a strike from Hadi Sacko.

Late into the half, Oscar Estupinan netted the winning goal for Denizlispor after he was assisted by Olcay Sahan.

Ghana’s Caleb Ekuban lasted the entire duration of the game but received a yellow card in added time following a confrontation with the centre referee, Yasar Kemal Ugurlu.