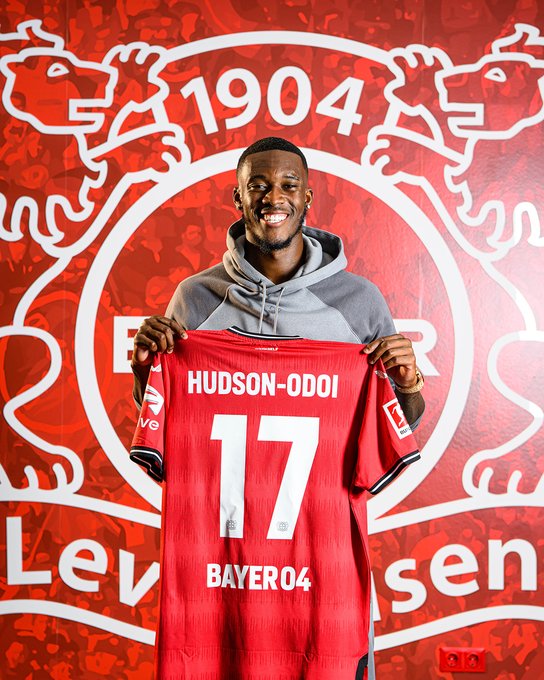 Callum Hudson-Odoi will wear the No.17 shirt for Bayer Leverkusen.

The 21-year-old completed his transfer to the Bundesliga side on a season long loan from Premier League side Chelsea on Tuesday having been an unused substitute in Chelsea's last three league fixtures.

However, The Blues have the option to recall Hudson-Odoi in January. New Blues co-owner Todd Boehly personally pleaded with Hudson-Odoi to only consider a temporary move away.