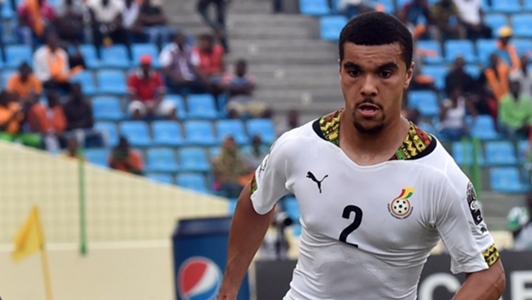 If you are thinking about using a new sports betting site to place a wager on a football players prospects, you could not go far wrong by placing a bet on Kwesi Appiah.

The player, who was born in London but represents Ghana due to his family roots, has got better later on in his career after suffering a number of setbacks early on.

In fact, it was only six years since he accepted employment outside football but that wake-up call helped him turn things around and now his stock is on the rise once again.

Things didn't go well for the player during his time at Crystal place due to lack of playing time but he has started to play much better since he joins AFC Wimbledon.

Most players would have quit the game after been released and having to play semi-professional football along with working a call center job at the same time but not Appiah.

At 28-years of age, time is running out for the Ghana international to reach his dream of playing in the EPL but considering how far he has come it is quite remarkable.

Appiah has moved a staggering 15 times during his career with a large number coming on loan during his time at Crystal Palace.

During the 2013/14 campaign, he played on loan for AFC Wimbledon which was extremely successful and the player enjoyed his time so much he was determined to sign full time.

He manages to achieve this at 27 years old but he may not be there for much longer as a number of clubs have expressed an interest in signing him.

On the international stage, Appiah has the chance to make a big name for himself and has recently had his contract by Ghana FA extended.

It means that he is now able to be selected for the African Cup of Nations 2019 as his previous deal expired just before the tournament started.

His new deal now runs until July when the competition finishes. He will be hoping for a great showing so that he can further extend his contract with the national team.

Appiah career highlights have come during his time playing for Ghana which came about after proving his worth when called up for a tournament friendly just before the last AFCON.

He managed to score which cemented his place in the final squad for the tournament.

The goals may not be flying in so far this season for Appiah but he has performed well which is why a number of clubs are considering making an offer during the January transfer window.

If the player can start to find the back of the net on a regular basis he stands a great chance of achieving his dream of playing in the Premier League but his best chance of success lies with the Ghana national team where they have a fantastic opportunity to win the African Cup of Nations and if they do it may well be Appiah that scores the winning goal.