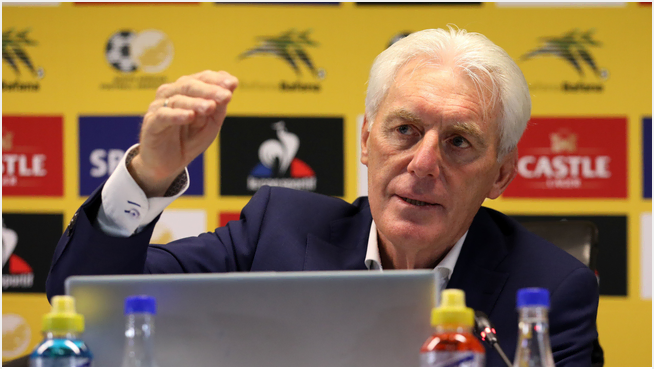 Hugo Broos is an ambitious man. But the new Bafana Bafana commander in chief is also realistic, saying yesterday that inspiring the senior national team to the 2022 Fifa World Cup might be impossible as it might take time to rebuild the team.

“If there's something that I want from you, it's patience,” Broos said in his first media briefing yesterday afternoon. “We'll do everything to qualify for the World Cup. But you have to be realistic also, it's not an easy group. We have Ghana, Zimbabwe and Ethiopia.”

He continued: “Africa is not at the top level. But it's tough. On the other side, I also said before, we'll try to rebuild a successful team, and there can be moments of weaknesses. And it can happen that we do not qualify for the World Cup and that mustn't be a disappointment.”

It's been more than a decade since Bafana qualified for the global showpiece, having last achieved that feat as hosts in 2010.

They missed out on the last two editions in Brazil and Russia under coaches Gordon Igesund and Stuart Baxter.

But their recent failure extended to the continental tournaments after they failed to qualify for the 2022 Africa Cup of Nations under the guidance of Molefi Ntseki who was released at the end of March before being replaced by Broos last week.

Broos arrived after CAF decided to postpone the World Cup qualifiers from June to September due to Covid19 issues. Broos has since decided to return home later this month, and will miss his team's friendly matches in June, to receive his Covid-19 vaccine.

His assistant Cedomir Janevski and soon-to-be-announced second assistant will watch over the team in his absence.

But since he's eager to rebuild the team, Broos says that it might take a while before they run like a well-oiled machine, hence the need for patience.

Bafana are in Group G in the qualifiers alongside Ghana, Zimbabwe and Ethiopia.

But only the top finishers in the group will progress to the knockout stage of the qualifiers as only five teams from Africa will qualify for the global showpiece.

Broos may have pleaded with the nation to give him time to settle and adapt, but he stressed that qualifying for the 2023 Afcon and 2026 World Cup is non-negotiable.

And that's why he'll need everyone – from the public to the players – to trust the process.

Broos' arrival will give everyone a breath of fresh air, especially the players who've been overlooked by the previous coaches.

One of the reasons which led to Ntseki's downfall was the selection of players based on experience, not form.

Ntseki cried foul when some of the European teams refused to release players for the recent qualifiers, painting an image that he depended on them to win. But under Broos every player, locally and overseas-based, will be given a fair assessment.

“I have a list of the overseas players and we will analyse it.

“Overseas players who haven't played in one game, I don't think that's what we are waiting for. Because you play for a club in Europe doesn't mean that you are automatically ready to play for Bafana,” he said.