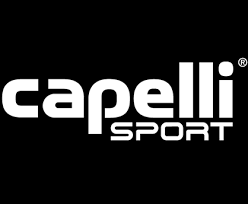 Capelli Sports are on the verge of terminating their sponsorship deal with relegated Inter Allies according to reports.

Allies suffered relegation from the top-flight after week 31 in the just ended 2020/21 Ghana Premier League.

However, their last game of the season has dominated the local media for the wrong reasons.

Ashgold recorded a shocking 7-0 win over Inter Allies at the Obuasi Len Clay Stadium over the weekend.

However, Inter Allies defender, Hashmin Musah who came on in the second half shockingly scored two own goals to end the game 7-0 for the home side.

His shocking decision emerges on the pitch after he heard that some officials of the home team have bet on the game with a correct score of 5-0 win.

"Before the start of the game [against AshantiGold SC] at our hotel, I heard that the game has been fixed to end in a 5-1 win in favour of AshantiGold SC. I decided to spoil the planned outcome of the fixture by scoring two own goals," Musah told Kumasi FM.

"I am a Muslim and I don't support betting because it's against our doctrines.

''I later told my coach Felix Aboagye before my introduction in the second half that I'll spoil the planned 5-1 win for AshantiGold SC. I was congratulated by the team after the game," he added.

The Ghana Football Association [GFA] have opened investigations into the game but both clubs in a statement have denied any wrongdoings.

However, Capelli Sports who are sponsors of Inter Allies are set to terminate their contract with the club.

According to Kumasi based Pure FM, Capelli Sports will withdraw and terminate its 33.3 per cent stake in the club due to the match-fixing allegations.

Capelli Sports are the producers of Inter Allies jerseys and training kits.

Allies and Capelli Sports signed a juicy deal before the start of the 2020/21 season.

Inter Allies finished the season on the 18th position with 26 points.

Capelli Sport is an American sportswear and footwear company based in New York, United States.