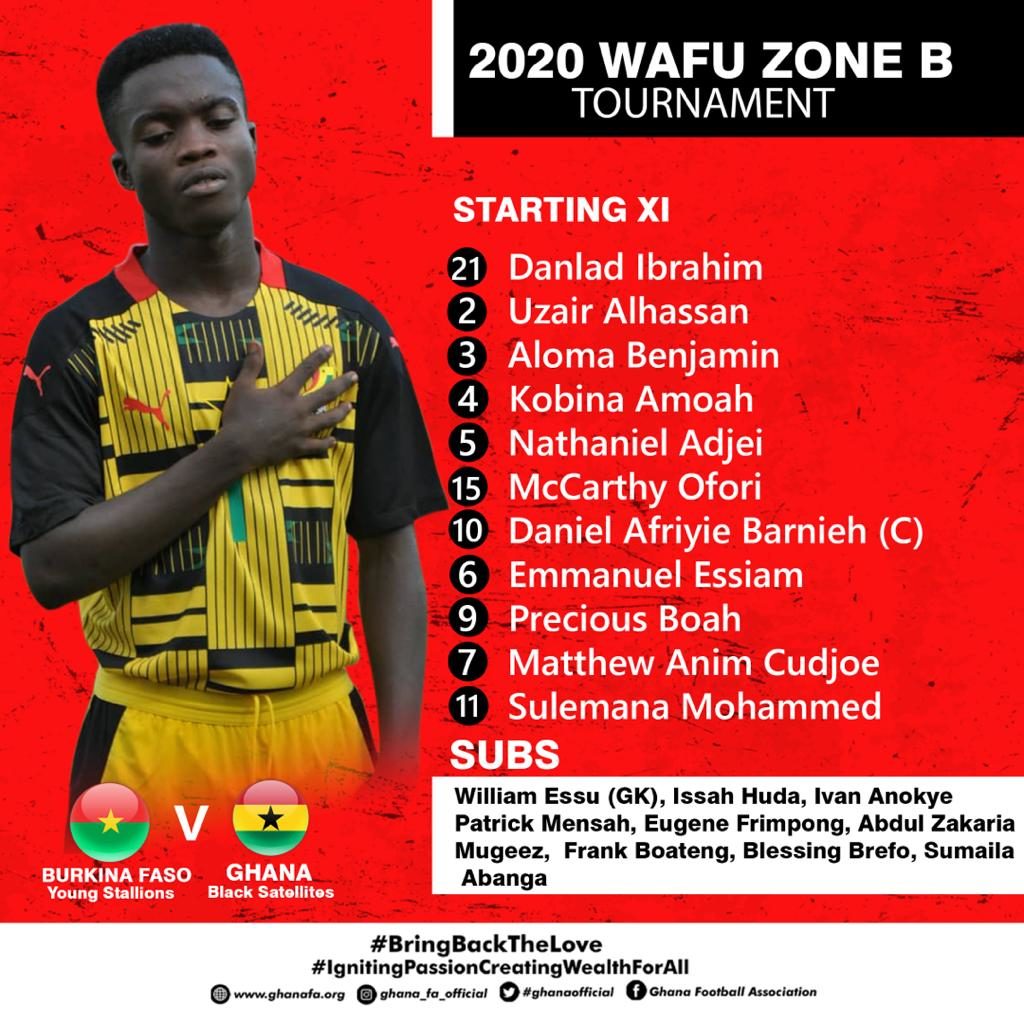 Coach Karim Zito has named captain Daniel Afriyie Barnieh in the starting line-up for this afternoon’s WAFU Zone B Cup of Nations final against Burkina Faso.

The Accra Hearts of Oak midfielder was rested in the semi-final game against Niger.

Afriyie takes the place of Issah Huda. Also, in the line-up is Ofori McCarthy who starts ahead of Abdul Mugees Zakaria.

Danlad Ibrahim maintains his place in post. The back four that featured in the semi-finals against Niger is unchanged.

Ofori McCarthy will partner Emmanuel Essiam in the heart of the field. Percious Boah leads the attack with Mathew Anim and Sulemana Mohammed to operate on the wings.