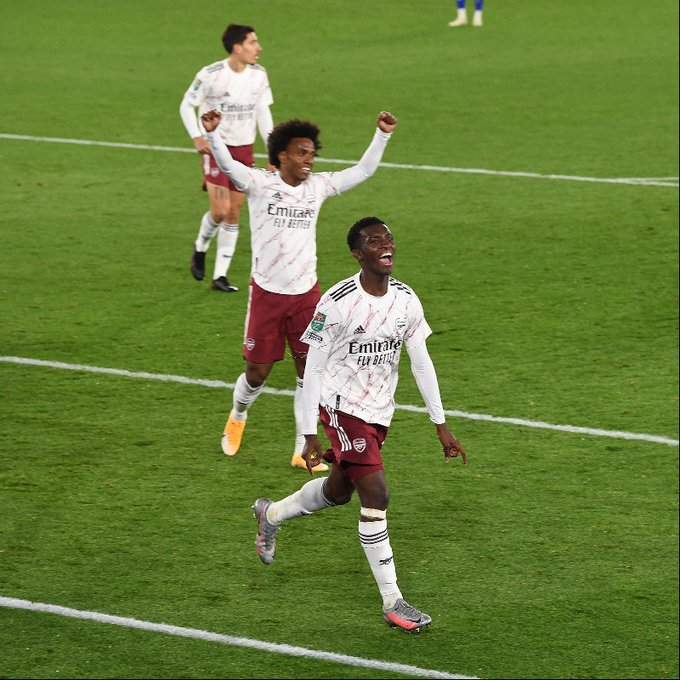 Youngster Edward Nketiah scored for Arsenal on Wednesday night to help the team defeat Leicester City 2-0 in the Round of 16 of this season’s English EFL Cup.

The two English Premier League clubs locked horns at the King Power Stadium today to fight for a win to merit a place in the quarter-finals of the cup competition.

Despite a good game between the two clubs, both could not find the back of the net at the end of the first half.

After recess, Arsenal pushed on and managed to find the breakthrough in the 57th minute. An own goal scored by full-back Christian Fuchs meant that the Gunners took the lead against the Foxes.

Though Leicester City will push to draw level, the visitors had the men to defend and managed to hold on.

Eventually, Eddie Nketiah scored in added time to wrap up a 2-0 win for Arsenal to ensure the Londoners progress to the last 8 of the Carabao Cup.

This season, the English forward who has Ghanaian roots has made 3 appearances for the Gunners and has 2 goals to his name already.