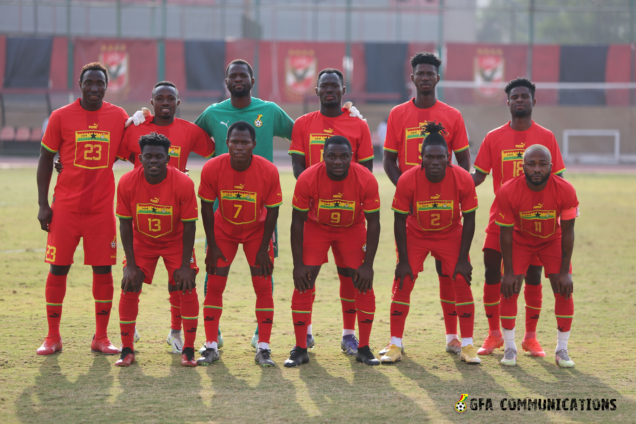 The Black Galaxies of Ghana will face Niger in the quarter-final stage of the 2022 CAF Championship of African Nations (CHAN) tournament.

The clash has been confirmed this evening after Niger defeated Cameroon by a goal to nil to top Group E.

Already, Ghana’s place in the knockout stage had been sealed on Sunday night after the Black Galaxies finished Group C as the second-best team.

The national team of Ghana made up of home-based players is one of the countries competing at the 2022 CHAN tournament currently ongoing in North African country, Algeria.

In the opening Group C match of the tournament against Madagascar, Ghana suffered a 2-1 defeat after failing to impress.

Subsequently, the Black Galaxies faced off with Sudan in the second group game and made amends.

Coach Annor Walker’s men played above themselves and came from behind to record a 3-1 win at the end of the 90 minutes.

At the end of the games in Group C, Ghana advanced to the knockout stage together with Madagascar.

This week, the Black Galaxies have been training hard to get ready for the quarter-finals of the 2022 CHAN tournament.

Coach Annor Walker and his lads will now prepare for the quarter-final match against Niger to be played on Saturday.