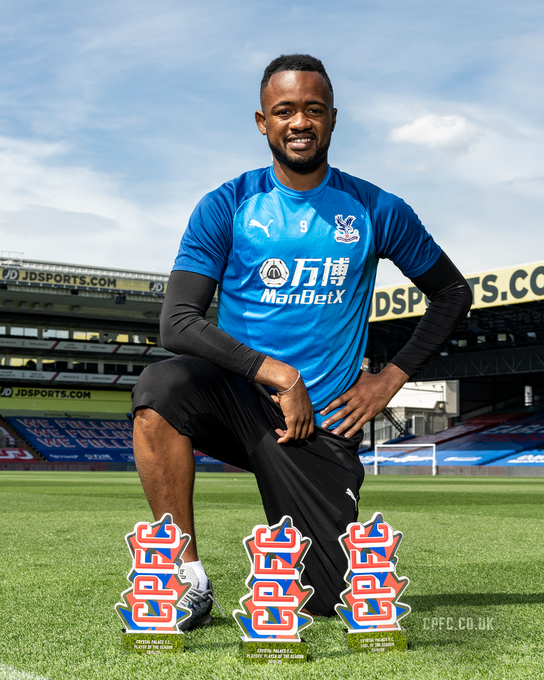 Ghana forward, Jordan Ayew has been a key player for Crystal Palace in the just ended Premier League season despite finishing at the 14th position on the league log.

Ayew improved his personal best by scoring 9 goals in 39 games for the Eagles.

The 28-year-old also became the highest Ghanaian goalscorer in the history of the Premier League with 25 goals.

And on Tuesday night, the former Swansea City and Olympique Marseille forward won three top awards at the club.

He single-handedly earned his team 14 points in the process.

Despite 9 goals in the entire season, Ayew also won 10 Man of the Match Awards, 2 Player of the Month Awards, 1 Goal of the season and 1 Goal at the seaside.