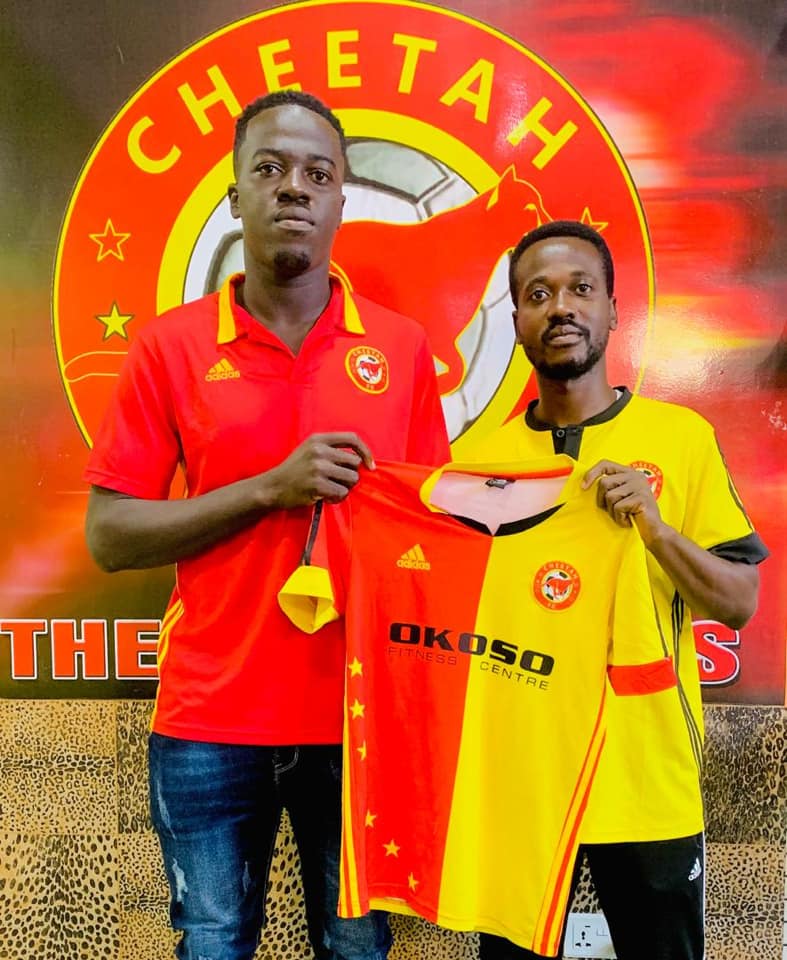 Cheetah FC president Abdul Hayye Yartey has expressed his delight to the signing of defender Abdulai Slimba as he described the player as hardworking and disciplined.

The Division 2 League club has beaten competition from Premier League clubs including Elmina Sharks, Ebusua Dwarfs, as well as King Faisal to sign the highly-rated teenager.

Speaking on the signing of Abdulai Slimba, the Cheetah FC President has been full of praise for the 17-year old.

“I have been monitoring Slimba for a while now, it started when Vipers was playing a friendly game against Hearts Oak at the Pedu park on 26th October last year. I watched the last 15 minutes of his performance in that game. Since then, I have been following him. He’s been consistent with his performance for Vipers throughout last season”, he said in an interview after the unveiling of the defender.

Abdul Hayye Yartey continued, “We heard there were a lot of clubs after his signature so we doubled up to sign him in March, but agreed to leave him to play the rest of the 2019/2020 division one league for Vipers.

“I am very happy he has agreed to be part of the Predators Family because he is a very hardworking player and very disciplined as well. He has good potentials to make it to the top.”