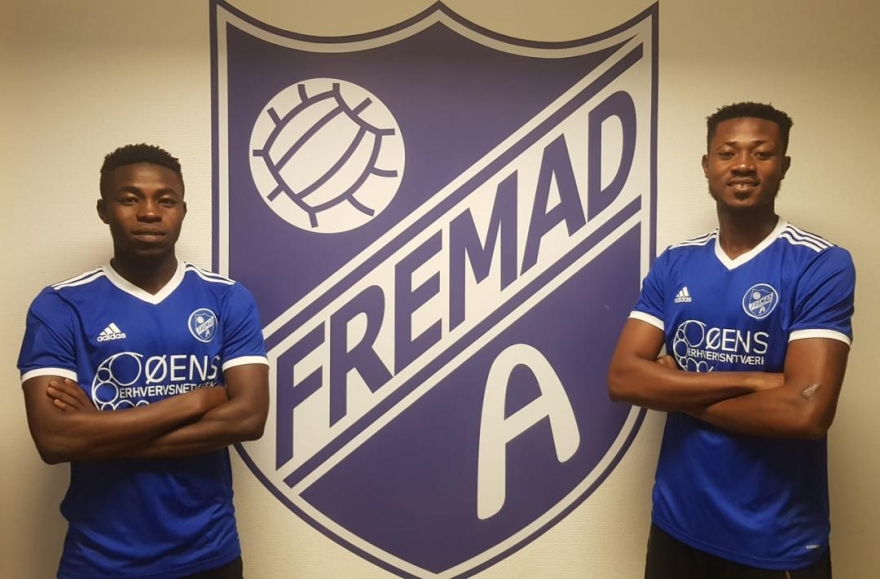 The deal was finalized during the summer but had to leave this winter as their documents were not yet ready. The players jetted off to Denmark on Thursday, January 7 to join their new club

Adade is an offensive right-back or wing-back, known in particular for his pace, stamina, overlapping attacking runs, and his aggressive play.

He is also gifted with good crossing and distribution, which allows him to link up with midfielders, and makes him an effective assist provider along the right flank.

In addition, he can strike the ball well and is known for his ability to score goals in particular from outside the area or long-range set-pieces. He is physically strong and has good work-rate.

Agoanyah on the other hand is a modern and commanding defender, who combines strength and tackling ability with good technique and passing. Due to his height and physical attributes, he is good in the air.

He is capable of playing as a defensive midfielder. He has also occasionally been known to use his height as an additional attacking threat by advancing into more offensive positions, often functioning as an auxiliary striker, in particular, if his team are trailing late on during matches or set-pieces.

"I am really excited about this trip. This is my first time travelling outside. I am going to work very hard and get a permanent contract. That is my target," he said

They two join three other former players of Cheetah (Toku, Martin and Bio) at Fremad. Their reunion will be a great asset to the players and the club.