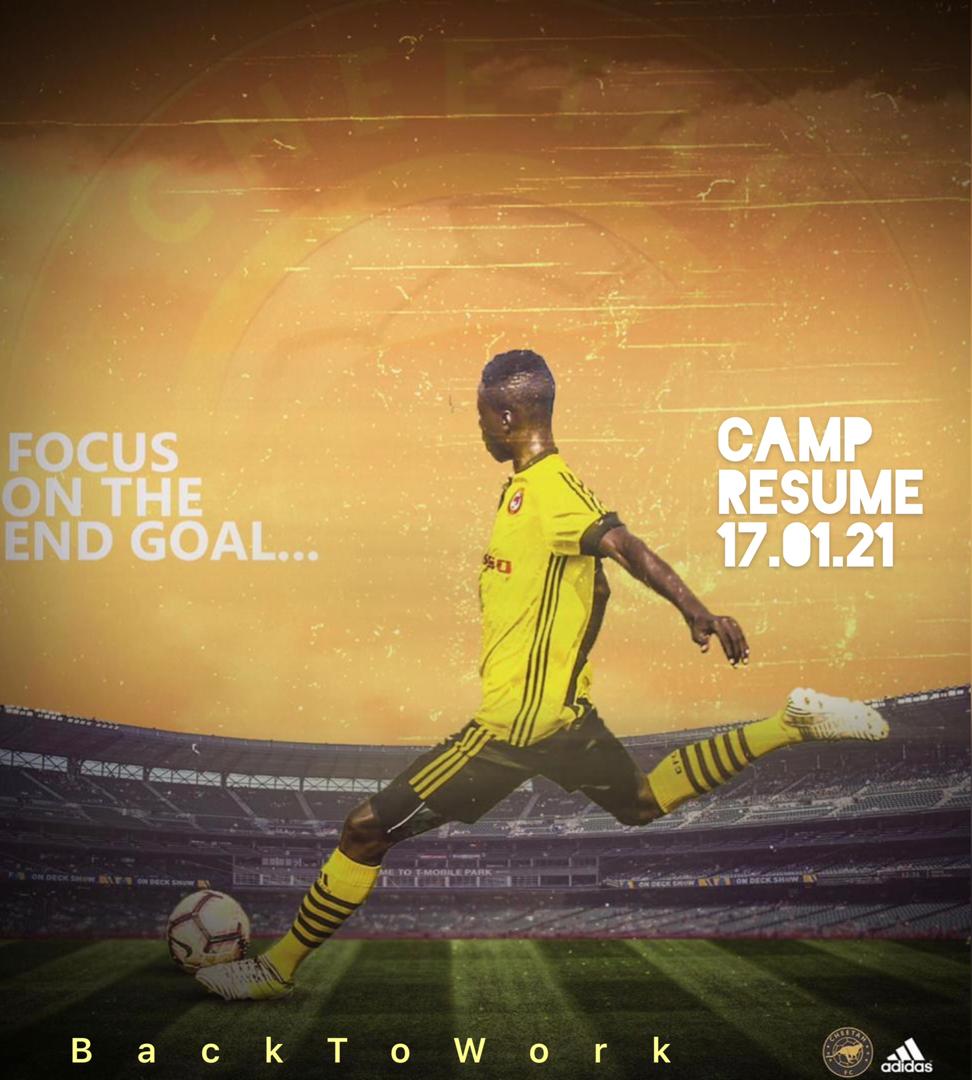 Cheetah Football Club will resume camping on Sunday, January 17 to begin preparations ahead of the  2020/2021 football season.

Holidays are over for the players as they are expected to report to camp on January 17.

Some players who were selected during the Cheetah FC justify have also been called to camp.