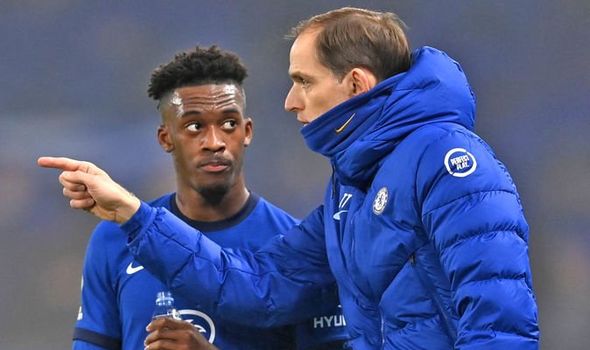 Chelsea manager, Thomas Tuchel has indicated that he will not try to influence the nationality choice of youngster Callum Hudson-Odoi.

Despite featuring for the Three Lions of England at the senior national team level, there is still a big chance the talented forward can still switch allegiance to play for the Black Stars of Ghana.

Amid the player’s decision to shun the national team invite from the England U-21 team, there have been renewed talks that he is contemplating playing for Ghana instead.

According to his manager Thomas Tuchel, although he will not meddle in the decisions of the player, he must be respected for whatever move he goes ahead with.

Tuchel is happy the player has been working with the team even in the international break and lauds Hudson-Odoi for taking the chances he has been given this season.

“If Callum is here, we have full control of what he's doing. It's a good thing when we are in charge.

“He is clearly on the right way - you can see it in the matches and how effective he is. I feel he is very focused. He waited a long time for these chances and now they arrived,” Thomas Tuchel said after the win against Leicester City.