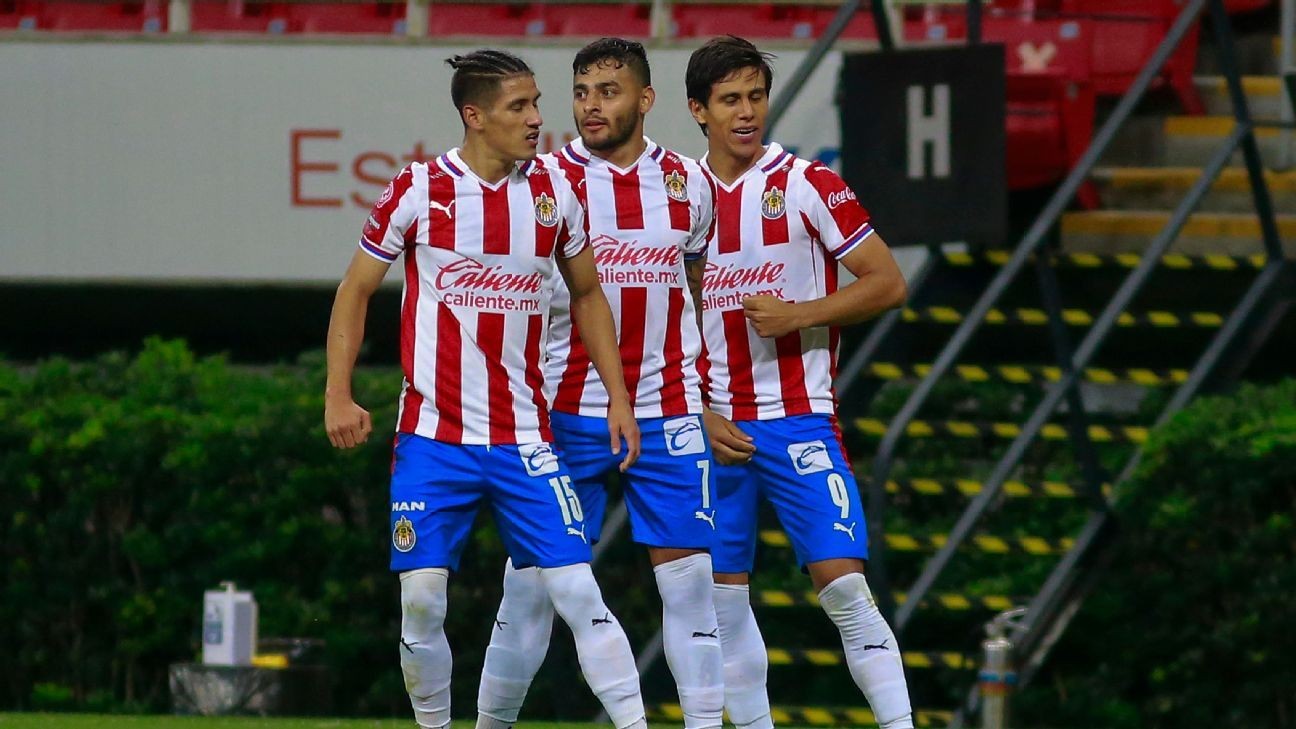 There were call ups for five Chivas players and four from Club America in Gerardo "Tata" Martino's first Mexico squad of 2020.

The list of 26 players will be training in Mexico City from Saturday until next Wednesday in preparation for El Tri's Sept. 30 friendly against Costa Rica in Estadio Azteca, the first Mexico game of a year disrupted by the coronavirus pandemic.

Gilberto Sepulveda, Fernando Beltran, Uriel Antuna, Alexis Vega and Jose Juan Macias were all included from Chivas, while Guillermo Ochoa, Jorge Sanchez, Sebastian Cordova and Henry Martin got the call from Club America. The two teams meet in Estadio Azteca on Saturday in Liga MX's Clasico Nacional, after which the players will head to camp just outside of Mexico City.

Elsewhere, there were first call ups from Pachuca midfielder Luis Chavez and Tijuana winger Mauro Lainez, while Monterrey's Miguel Layun returns for the first time since last September, since when he has said he felt "stabbed in the back" by people within the camp after a reported party in New York last September.

Pumas UNAM goalkeeper Alfredo Talavera, 37, comes back into the squad for the first time under Martino, following a series of good performances this season for the Liga MX leaders. The major surprise absentees were Leon veterans Luis Montes and Fernando Navarro.

Only Liga MX players were called into the squad due to the dates not falling within the FIFA international calendar. Martino is set to include foreign-based players for the Oct. 7 friendly against the Netherlands in Amstersdam, which is the only other confirmed game for El Tri in 2020. The federation is trying to set up another game in October and two more in the November international window.

The Mexican federation announced Tuesday that the national team's training facility will become something of a bubble environment to protect players from contracting COVID-19, with no crowd allowed into the Azteca for the game against Costa Rica.

The squad in full: