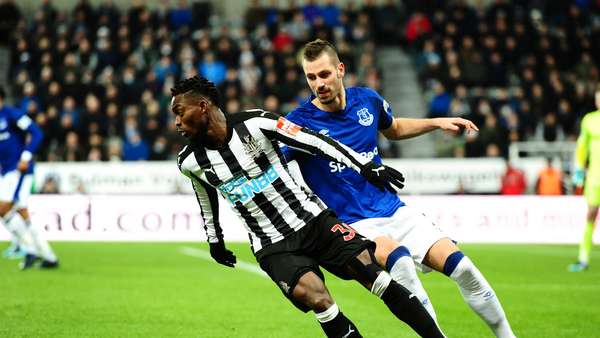 Newcastle United winger Christian Atsu made a start for his side against Everton in the English Premier League Wednesday night football.

He replaced Matt Ritchie who due to accumulated yellow cards has to be suspended for the clash at Goodison Park.

Atsu in many games without a start, earned a place in Rafa Benitez team sheet, exhibiting reasons why he should always be on the pitch.

The Former Chelsea star was very instrumental in their 1-1 draw with Everton.Which saw him throttle the entire duration for the 'Magpies'.

However, he was booked in the stoppage time of the game.