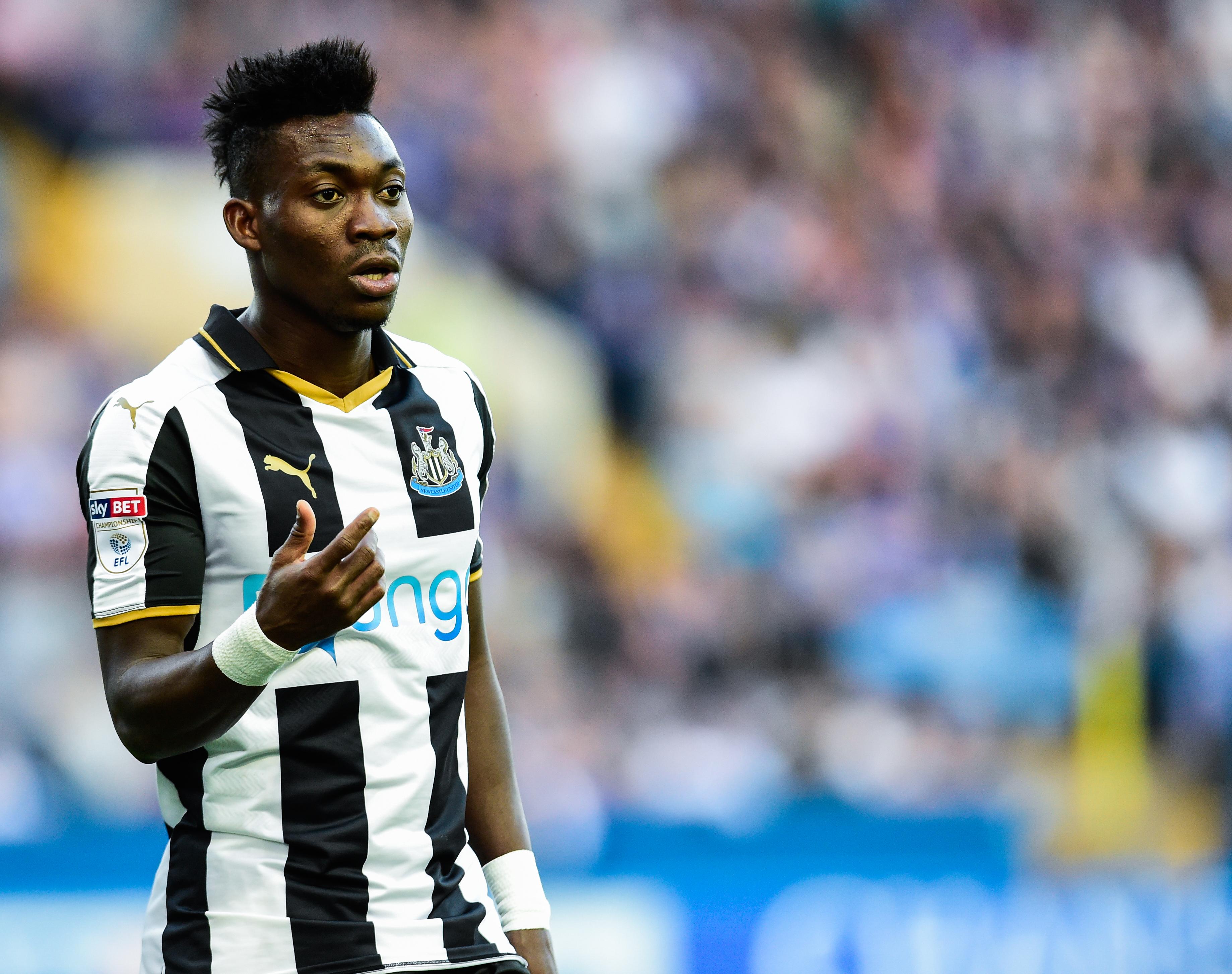 In light of Lionel Messi's bombshell regarding his future at Barcelona, Goal remember the African stars who were nicknamed after the Argentine great.

The first of several West African players on this list to have been compared to Messi, Simon has earned significant plaudits for his agility and dribbling skills.

He moved to Gent from Trencin in 2015 after thriving in Slovakia, and has subsequently won the Belgian title and featured in the Champions League before moving to Levante.

Injury problems affected Simon's time in Spain, and he moved on loan to Nantes last year, having missed the 2018 World Cup due to fitness issues. Even though he's only been with the Canaries a short period, he's already been named in the club's Team of the Decade.

Djabou is a real fantasy player, capable of lifting supporters out of their seats with a flying dribble, a turn of pace or an eye-catching shimmy past a defender or two.

He only moved away from North Africa when he signed for Saudi Arabia's Al-Nassr to try his hand in the Gulf, although a broader audience did get a glimpse of his quality when he scored two at the 2014 World Cup.

He's currently back in Algeria with MC Alger.

Msakni has occasionally shown flashes of brilliance in the style of the Argentine forward, although, in truth, his career has largely flattered to deceive.

His finest moment was perhaps the wondergoal he scored for Tunisia against rivals Algeria at the 2013 Nations Cup at the Royal Bafokeng Stadium, although a move to Qatari Stars League side Lekhwiya SC in that same year means that neither African nor European football have truly seen the best of Msakni.

He missed the 2018 World Cup due to injury but has represented the Carthage Eagles in six Afcons.

A few years ago, the Nigerian media were all aflutter about Obi, who was tipped as the ‘Nigerian Messi’ after going on trial to Manchester United.

The attacker had also been monitored by Liverpool, but after being released by Watford, clearly hasn't quite lived up to expectations just yet.

He joined Cardiff City as a free agent and is currently with Hayes & Yeading.

During his teenage years, Babatunde was also likened to the diminutive Argentine attacker.

The two played against each other at the 2014 World Cup, in the Albiceleste’s 3-2 victory, although Babatunde's international career has stalled in subsequent years.

The wideman currently plays for Wydad Casablanca but has fallen out of the reckoning for the Super Eagles.

Liverpool were interested in his signature, but it was ultimately Chelsea who got their man.

However, Stamford Bridge wasn't the best environment for Atsu’s talent and he secured a permanent move to Newcastle United, where he's established himself as a Premier League regular, even if decisive contributions have been few and far between.

The diminutive attacker has an excellent left foot and has enjoyed an extended spell with Cairene giants Al-Ahly, with whom he’s won two Caf Champions Leagues.

Soliman has some magnificent skills in his locker, and he’s always played with a certain confidence, but Messi? Not quite!

Most players don't like being compared to a living legend as it's a lot of pressure to live up to, but Nigeria's Okoro has no problems with the nickname.

"I don’t mind when people call me Little Messi," he said. "It’s a pleasant thing to be compared with the best footballer in the world; I don’t have a problem with that."

Okoro spent time in Spain but never broke through to the Almeira first team, returning home to Nigeria in 2016.

Back in 2013, then-South Africa coach Gordon Igesund proclaimed that Serero, a “very, very special player”, was the “Lionel Messi of South African football.”

Indeed, there were parallels, Serero could carry the ball past opponents and create opportunities for his teammates. However, seven years on, the Bafana Bafana midfielder is still to realise his potential.

He moved to Vitesse Arnhem from Ajax after failing to truly make the grade with the Dutch giants and is currently with Al Jazira in the UAE.

In fairness, only one football personality—former Aston Villa coach Tim Sherwood—has likened Traore to Messi, when he suggested the Hispano-Malian wideman was a bit of “Messi, Ibrahimovic, and Ronaldo” rolled into one.

The wideman, like Messi a graduate of Barcelona’s La Masia academy, is a dribbling master, and recently he's begun to demonstrate he can make an impact in the final third as well.

He found his feet in the Championship with Middlesbrough and Wolverhampton Wanderers and has been a key figure in Wolves' recent rise.

Manchester City and Liverpool have recently been linked with his signature.

When Salah flopped at Chelsea, comparisons with Lionel Messi appeared to be far-fetched.

The former Basel man had previously been nicknamed the ‘Egyptian Messi’ due to his technical prowess, his pace, and his sinuous movement, but since moving to Anfield, the Liverpool superstar begun to live up to the parallels.

The attacker has broken records aplenty in English football, was crowned the PFA Player of the Year, and has twice won the Premier League's, Golden Boot.

For once, one of ‘Africa’s Messis’ might actually live up to the comparisons, with Salah winning the Prem title earlier this year.