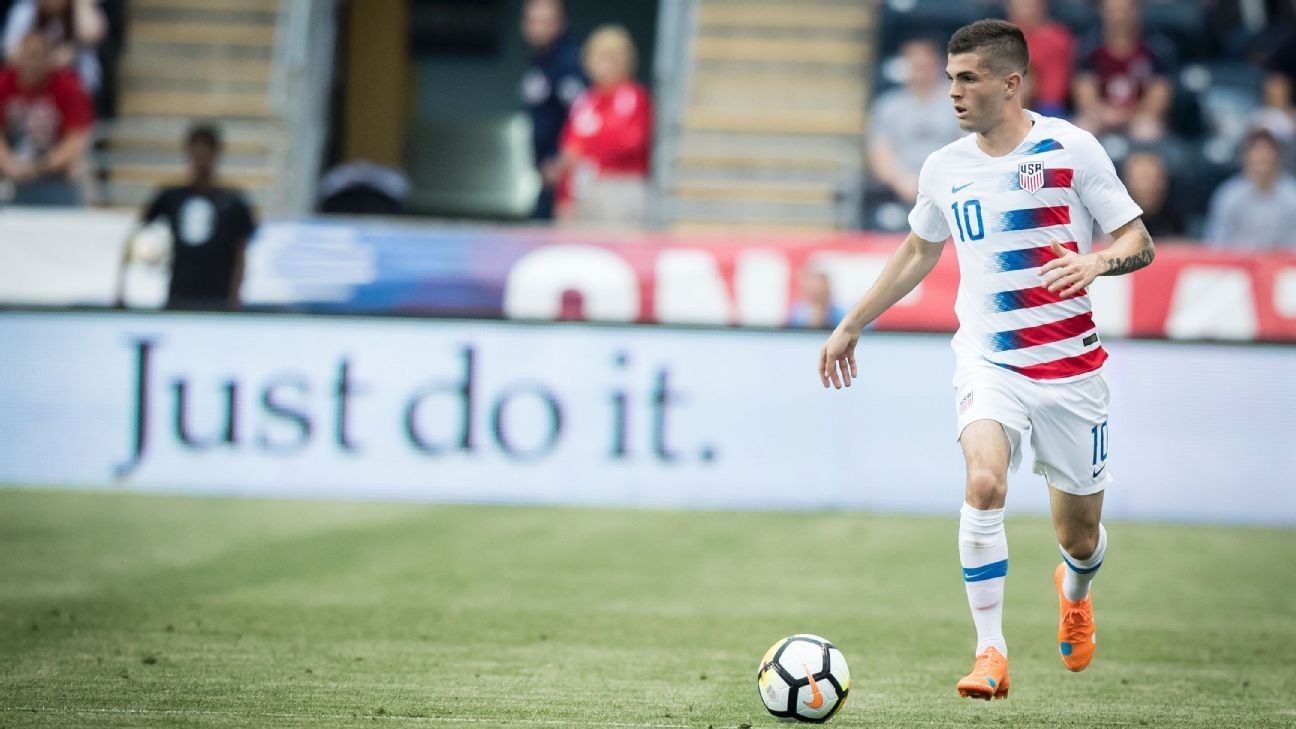 Christian Pulisic is struggling for time at Chelsea, and Craig Burley says the reason why is simple.

Gregg Berhalter insists Christian Pulisic is a focal point for the U.S. despite his lack of playing time at Chelsea.

Shaka Hislop and Mark Donaldson debate the merits of a loan move for Chelsea's Christian Pulisic in January.

Christian Pulisic has only played in one of Chelsea's last five games, but Steve Nicol isn't hitting the panic button yet.

Chelsea's Christian Pulisic has struggled to get playing time, but ESPN FC's Gab Marcotti says the midfielder is still young and can grow from this experience.

Former USMNT coach Jurgen Klinsmann offers his opinion on Christian Pulisic's start at Chelsea and what the American star needs to do to be successful.

Craig Burley thinks Christian Pulisic looks out of his depth at Chelsea, resulting in his lack of playing time.

Christian Pulisic has said he won't let his benching with Chelsea affect his confidence for the U.S. national team as it prepares to face Cuba, and insisted he is in peak form despite a lack of playing time of late.

"I feel the best I ever have. I feel very confident in my game. I'm not going to let any of that affect me," Pulisic said on Wednesday. "I feel very strong, and I'm really looking forward to this game Friday."

- Kuper: Why Dest should represent Netherlands instead of the U.S.
- Pulisic 'hurt' by Lille snub but won't give up

The 21-year-old midfielder has been mostly a spectator in his first season in the Premier League, limited to two appearances since August: a League Cup start against fourth-tier Grimsby Town on Sept. 25 and a 10-minute substitute stint versus Southampton in the Premier League on Sunday during which he contributed an assist. Pulisic arrived at Chelsea from Borussia Dortmund in the summer for $73 million.

Pulisic has previously voiced frustration with his playing time under Chelsea manager Frank Lampard but declined to elaborate on those feelings.

"I'm here now to be focused with the U.S. national team, so that's really all that's on my mind right now," Pulisic added.

The United States will play Cuba on Friday in Washington and then visit Canada in Toronto on Tuesday in their opening two matches of the CONCACAF Nations League.

While he's been a bit-part player with Chelsea, Pulisic is the undisputed star of the rebuilding U.S. team, which is trying to recover from its failure to qualify for last year's World Cup in Russia. He said he's looking forward to seeing what 18-year-old midfielder Brenden Aaronson, who was added to the roster last week, can bring to the squad.

"It's fun to play with these younger guys," Pulisic said. "He's younger than me, right? Yeah, he's much younger. ... I don't see myself as young anymore, but whatever."