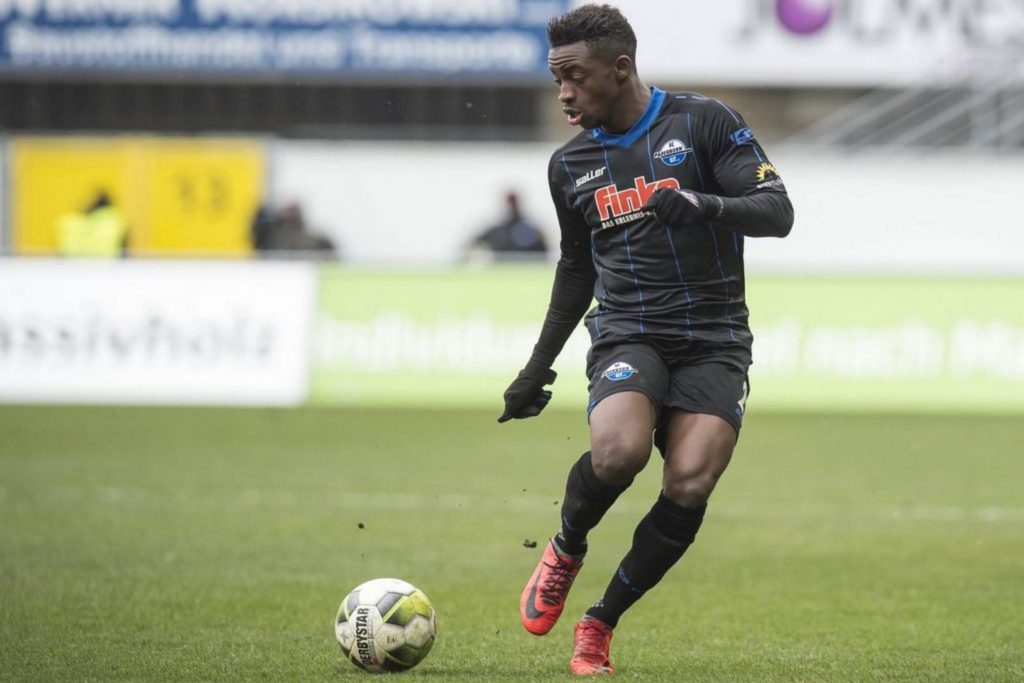 Ghanaian striker Christopher Antwi-Adjei provided an assist for Paderborn’s second goal in their 3-2 loss to RB Leipzig in the German Bundesliga earlier this afternoon.

The Ghanaian started the match from the substitute bench but was introduced in the second half to add to the attacking firepower of the home side when they were trailing by three goals to nothing.

Leipzig took a deserved lead through Patrick Schick on the 3rd minute before Marcel Sabitzer and Timo Werner added two additional goals on the 4th and 26th minute respectively.

In the second half, Paderborn put up an impressive performance in a bid to at least earn a draw.

Christopher Antwi-Adjei who was introduced into the match on the 60th minute assisted Klaus Gjasula for Paderborn’s second match of the day after Streli Mamba had found the back of the net.

Despite their efforts, RB Leipzig runs away with all the 3 points at the end of the 90 minutes with a 3-2 win.