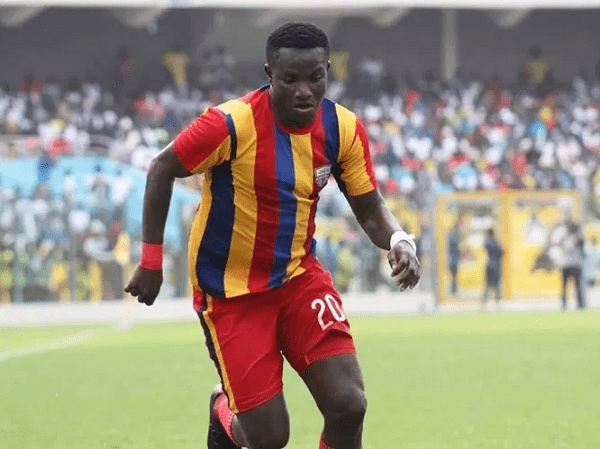 Hearts of Oak defender Christopher Bonney has confirmed he will leave the club when football resumes amid coronavirus pandemic.

Bonney joined the Phobians from Ebusua Dwarfs on a three-year deal in 2018 and made an impressive start to his career.

However, the 27-year-old whose contract is expected to expire at the end of the season is considered surplus to requirement by the club.

The full-back lost his position to in-form Sumaila Larry during the 2019/20 Ghana Premier League season and has confirmed he will join Inter Allies on loan when the season resumes.

”If everything goes well, I will join Inter Allies on loan. My managers have told me that Inter Allies need my services," he told Green FM.

"I don’t think it's a bad move because as a player, you have to be on top of your game."

Meanwhile, discussions are currently ongoing about how to finish the season with Aduana leading the table with 28 points after 15 matches played before the topflight was halted.

The Football Association proposed weekly testing of all players and also training in smaller groups but did not meet the expectation of the government.