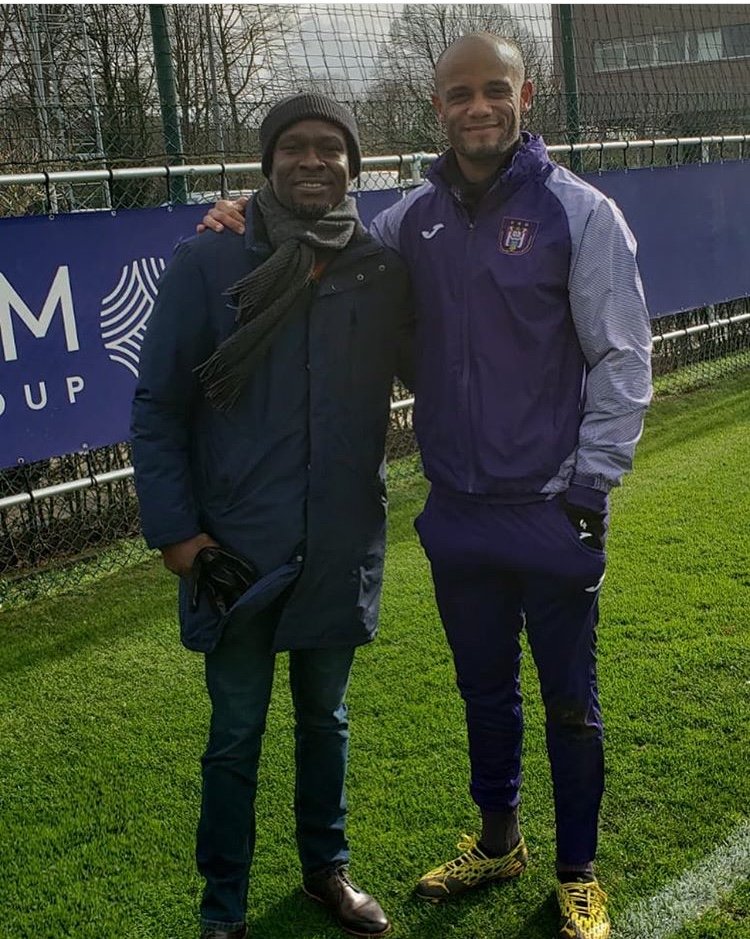 Recently appointed head coach for the Black Stars of Ghana, Charles Kwablan Akonnor continued his tour of Europe this week as he visited Anderlecht to make some observations.

The tactician was handed the top job of the West African country last month as he replaced former coach James Kwesi Appiah whose contract run out at the end of December 2019.

In the last couple of weeks, Coach CK Akonnor has been in Europe scouting for players, talking to players of the Black Stars, and trying to convince young talents to play for Ghana.

In his latest move, the former Asante Kotoko and Hearts of Oak manager has been spotted at Belgian giants Anderlecht where he is said to have observed their training exercise.

During his time at the club, coach CK Akonnor met with former Manchester City captain Vincent Kompany as they exchanged pleasantries and talked about football.

The gaffer will continue his tour this week and is expected to subsequently move to Spain, Italy, and Germany.