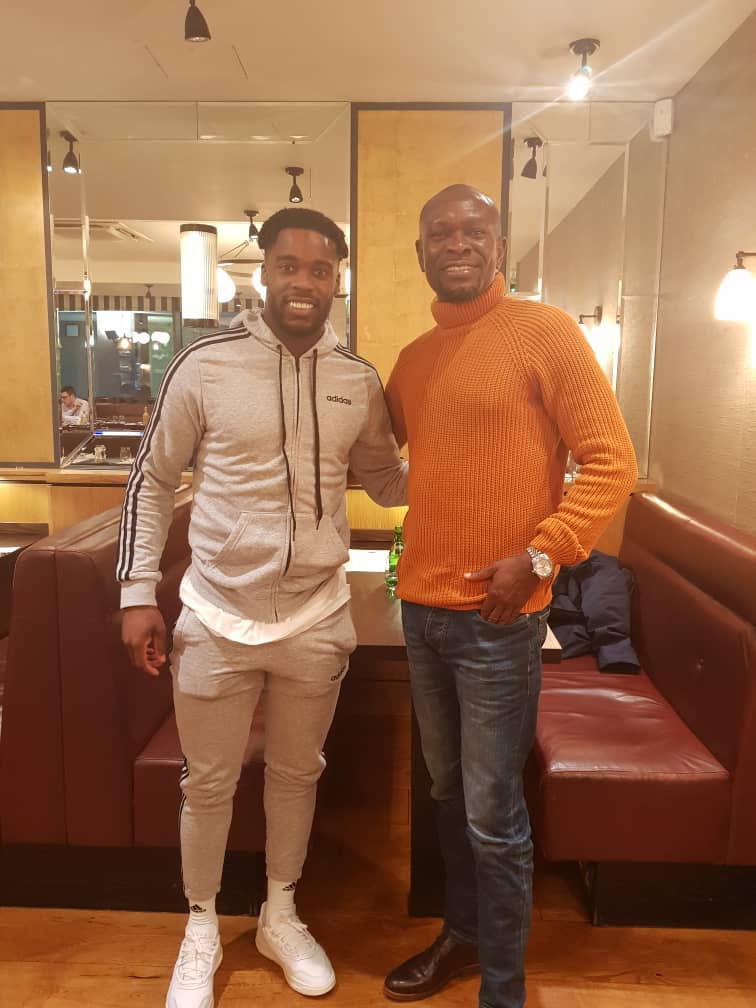 Newly-appointed head coach for the Black Stars of Ghana, Charles Kwablah Akonnor has paid a visit to Jeffery Schlupp in England as part of his tour in the United Kingdom to meet Ghanaian players.

The tour began over the weekend when the former Asante Kotoko and Accra Hearts of Oak manager visited the Ayew brothers [Andre Dede Ayew and Jordan Ayew] in Wales.

According to the GFA, the itinerary for the United Kingdom includes visiting other players in England before he will turn attention to players in other European countries such as Germany, Italy, and Spain.

Among many things that were discussed, the main conversation centered on the coach's vision, program and a new direction for the national team.