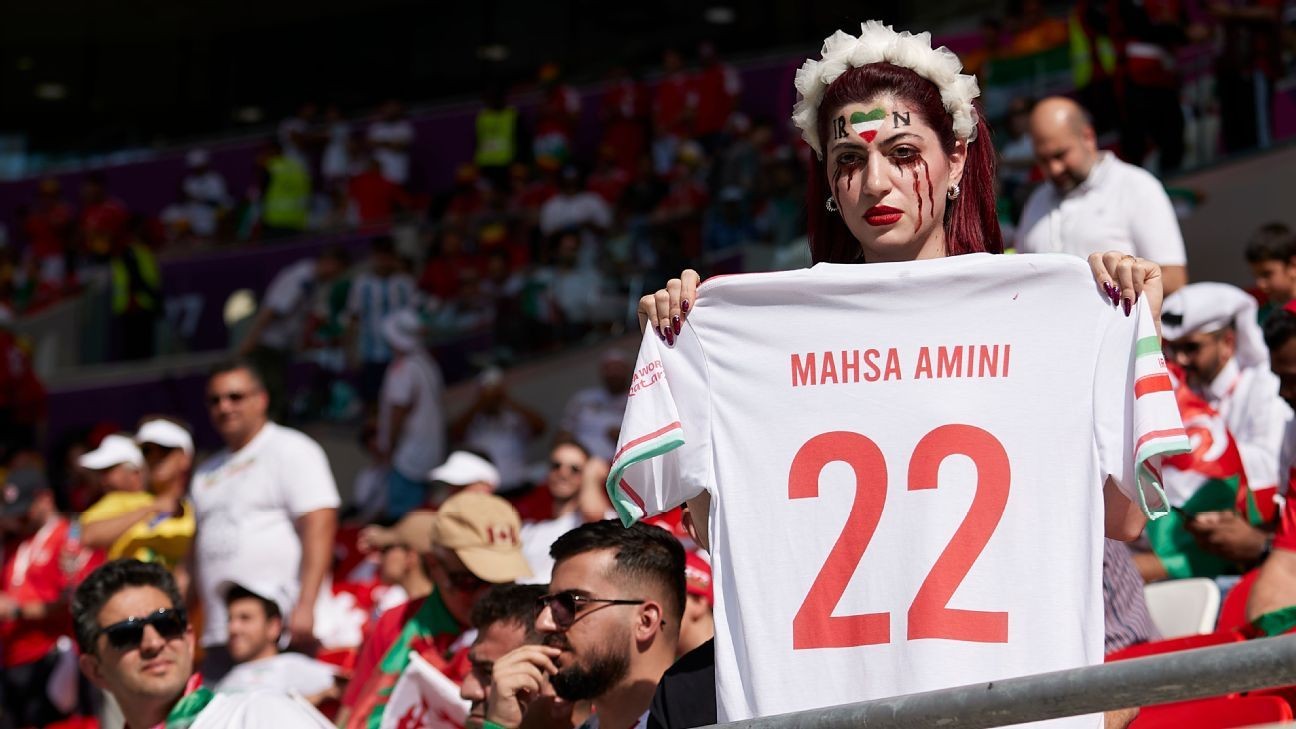 Iran's political turmoil appeared to overshadow the national team's second match at the World Cup, as pro-government fans harassed anti-government supporters outside the stadium in Qatar before their clash with Wales on Friday.

Some Iran fans confiscated Persian pre-revolutionary Iranian flags from supporters entering the stadium and shouted insults at those wearing shirts with the slogan of the country's protest movement: "Woman, Life, Freedom."

Iran's players sang during the playing of their national anthem, despite not singing in their opening game earlier this week in an apparent show of support for protesters back home.

Loud jeers were heard from Iranian supporters as the anthem played, with the team singing quietly as it played.

Iranian authorities have responded with deadly force to suppress protests which erupted after the death of Mahsa Amini in September following her arrest for wearing a headscarf incorrectly.

Small groups of men angrily chanted "The Islamic Republic of Iran" at women giving interviews about the protests to foreign media.

Many female fans were visibly shaken as Iranian government supporters surrounded them with national flags and filmed them on their phones.

Shouting matches erupted outside the security checkpoint at the Ahmad Bin Ali Stadium in Al Rayyan between fans screaming "Women, Life, Freedom" and others shouting back "The Islamic Republic."

Some anti-government fans waved signs in support of the protest movement at Iran's first match against England earlier this week, which they lost 6-2.

Information from Reuters contributed to this report.