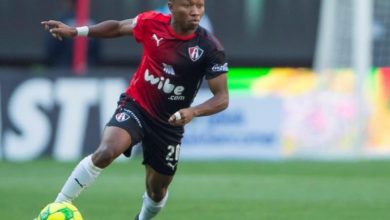 Former Ghana U-20 star, Clifford Aboagye was in action for his Club Tijuana outfit on Saturday when the team suffered a 4-0 mauling at the hands of Club America in the Mexico-Liga Mx.

The highly-rated forward recently joined the club after ending an impressive stay with Querétaro.

Having made a mark on his debut, Clifford Aboagye earned another starting role for his team yesterday.

Unfortunately, his team was condemned to a 4-0 defeat by their matchday opponent.

A goal each from Valdez Bruno, Richard Sanchez, and a brace from Josue Martin Mex powered Club America to the big win as they bagged all the 3 points at the end of the 90 minutes.

Clifford Aboagye and his team will need to quickly regroup and hope they get a win in their next match if they want to enjoy a successful campaign this season.