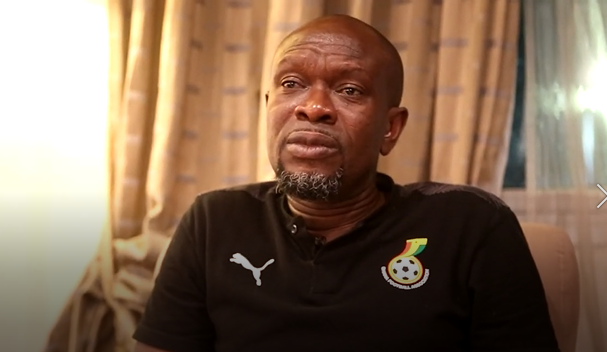 According to Black Stars coach Charles Kwabla Akonnor, it is critical that the senior national team demonstrate development, no matter how minor the task is.

Akonnor stated prior of the Black Stars' friendly match against Ivory Coast on June 12 at the Cape Coast Stadium.

The match is the second of two that the Black Stars will play as part of their preparations for the 2022 FIFA World Cup qualifiers, which will begin in September.

The 2022 FIFA World Cup qualifiers which were set to take place earlier was pushed to September due to the COVID-19 pandemic.

On Tuesday, Ghana lost 1-0 to Morocco in their first match, while Ivory Coast beat Burkina Faso 2-1 in a similar friendly match.

Despite the loss against Morocco, Akonnor was pleased with his team's performance, especially given the absence of key players like Partey and Wakaso.

Akonnor has urged his players to prove that they are one of Africa's greatest sides going into this weekend's match.

“The discipline, work ethics, cohesion of the team, team spirit, I think we need to keep it going, it’s important for us. This is a match to test ourselves and also to see the way forward and the coming opponent, how best we can face them,"

"And once we have done this in a very positive way, even though we lost, we need to take the positives and move into the next match,"

"Of course, it will also be difficult – they are a good side and we will go in with respect but we have to know what to do at the right time and we want to try to improve in this area and create chances to score goals,” he concluded.