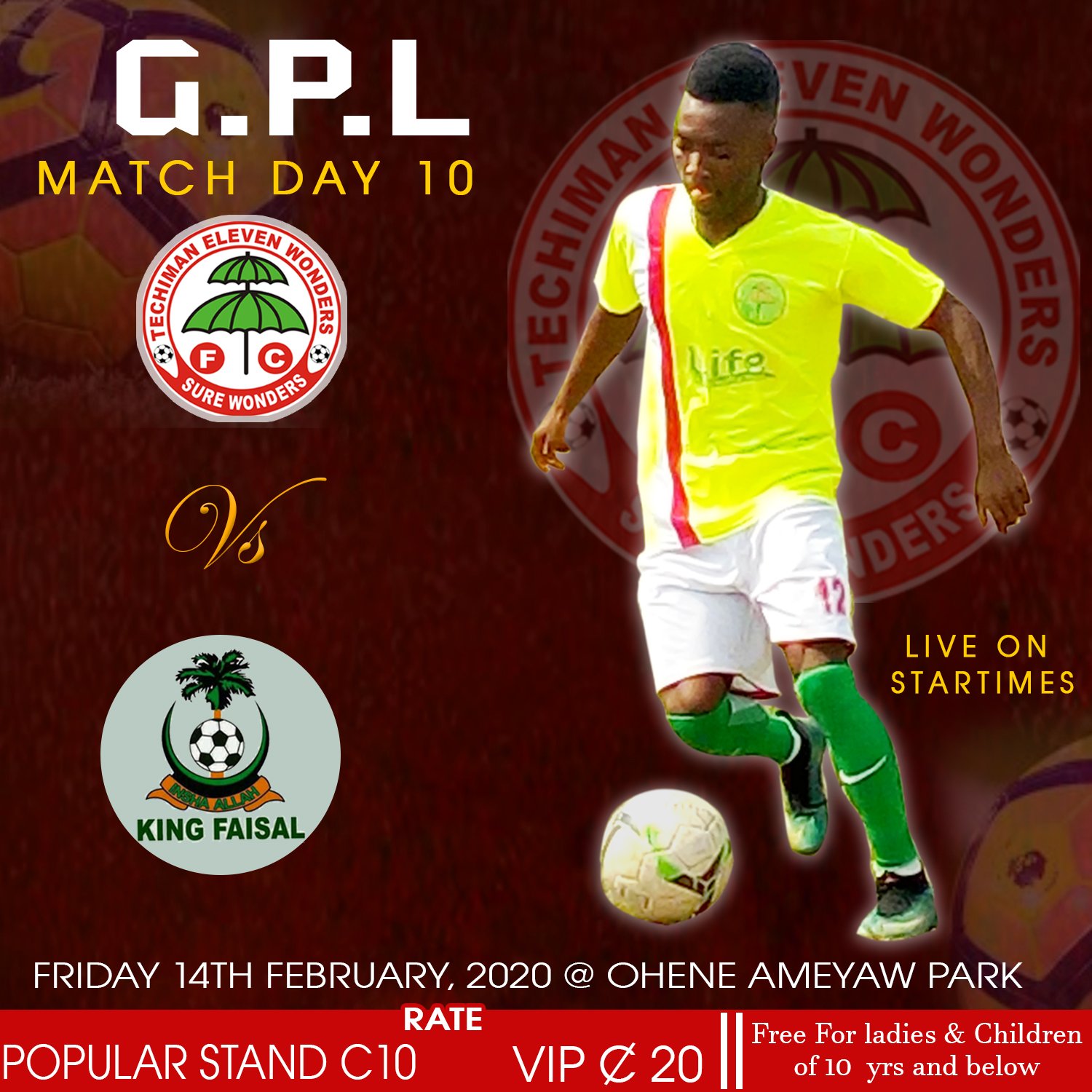 The Techiman-based club is hosting Alhaji Grunsah's team at the Ohene Ameyaw Park today in a Match Week 10 fixture of the ongoing 2019/2020 top-flight season.

Hoping to continue the team's decent start to the season, coach Ignatius Osei-Fosu has selected an attacking team for the home match as he eyes a win at the end of the 90 minutes.

Goalkeeper John Moosie keeps his place between the sticks and will be protected by a back four as attackers Musa Sule and Ibrahim Salifu maintains their deadline partnership in the attacking third.

Below is the starting lineup of Techiman Eleven Wonders to take on King Faisal: