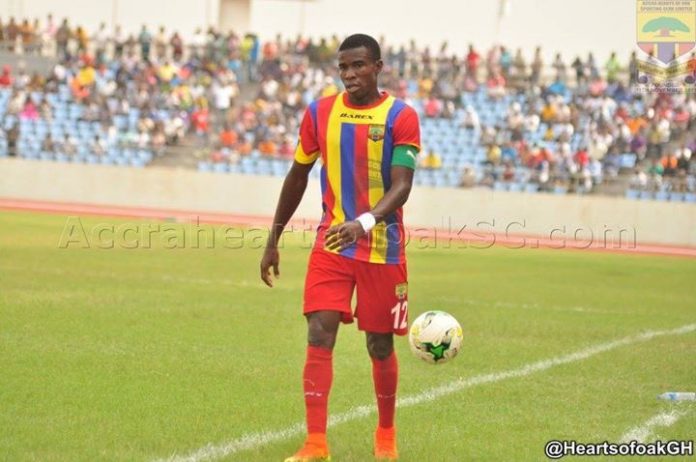 Accra Hearts of Oak stand-in captain Thomas Abbey has hailed coach Frank Nuttall as a "unifier" as they set their sights on challenging for the title. Abbey explained that coach Nuttall's attitude has united the entire team which will help in their title bid. Hearts managed a late victory over arch rivals Kumasi Asante Kotoko in their league match at the Accra Stadium. “He always maintains a good level. Nuttall is a coach who likes to keep his feet on the ground and who likes to have a team whose feet are on the ground as well,” Abbey told Hearts News. “He is a coach who likes to know why he won. So, for you to win, you have to be humble and respect the opponent, and to be able to respect the opponent it’s hard work. “That attitude is, giving your all on the pitch, helping the team and every player to develop well, it’s having a good game and understanding why you won. So, he looks to pass this on to the team. We have gotten this because of the collective effort in the side,” he added.