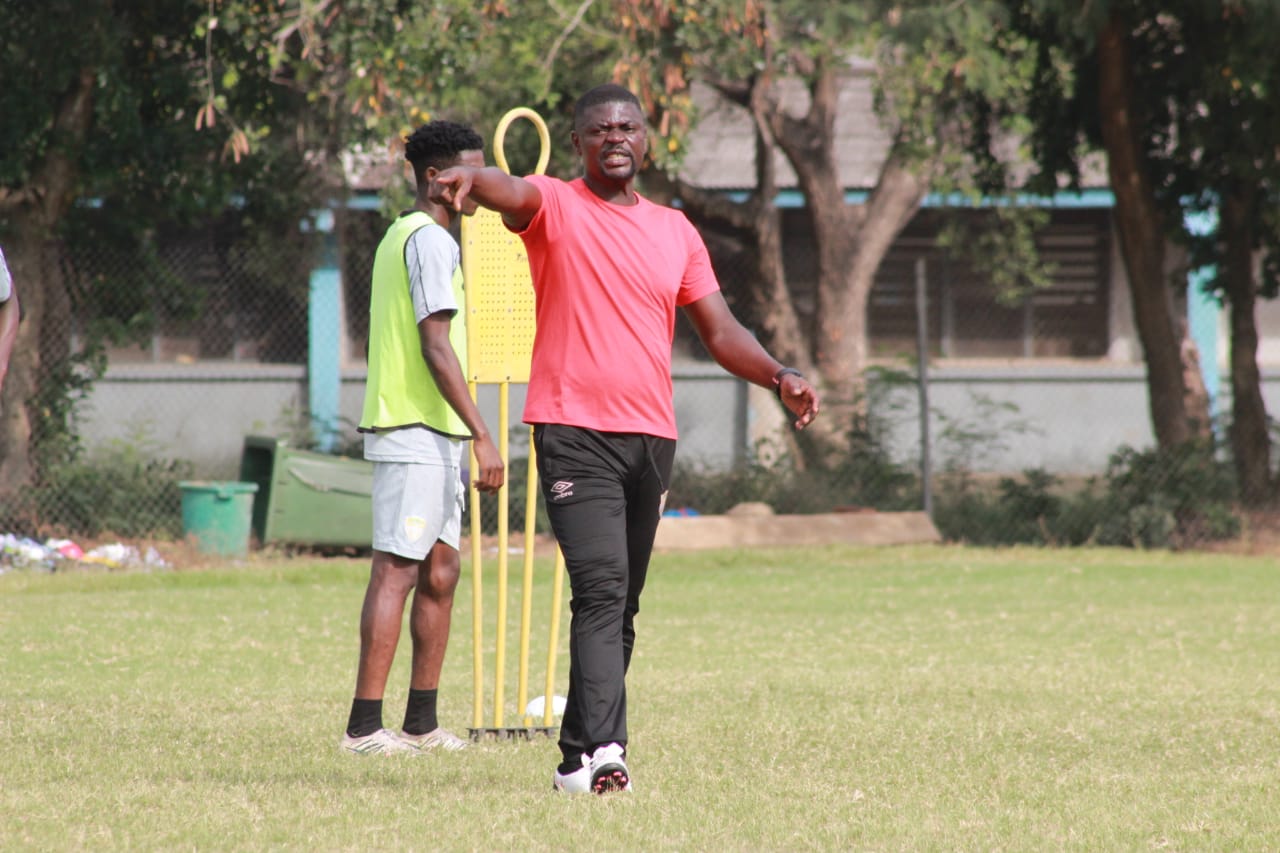 Hearts of Oak head coach, Samuel Boadu has returned to the training grounds as they prepare for their matchday 9 games.

Boadu was admitted at the hospital in Elmina on Wednesday during Hearts of Oak’s game against Elmina Sharks at the Nduom Sports Stadium.

The 36-year-old was feeling dizzy and was rushed to the hospital for treatment. His assistant Hamza had to take charge of the game in his absence.

Hearts of Oak managed to pick their first win of the season in his absence.

Gladson Awako, who has been out of action for 111 days finally made his debut for the club and scored the only goal of the game to seal all the three points.

The former Medeama gaffer took over training activities today as the team prepares to face Accra Lions on matchday nine of the 2021/22 Ghana Premier League.

Boadu will be hoping his side record their second win of the campaign at the Cape Coast Stadium on Sunday.