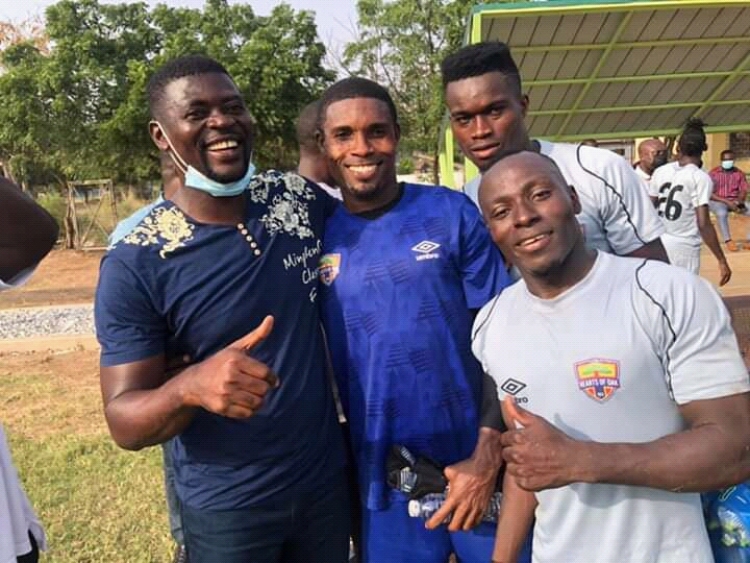 Hearts of Oak new head coach, Samuel Boadu has taken charge of his first training session at the club, footballghana.com can report.

The highly-rated coach on Monday afternoon was officially unveiled by the board of the Phobians as the team’s new head coach on the back of successful negotiations.

Today, coach Samuel Boadu was introduced to players of Hearts of Oak for the first team as he took charge of a maiden training session.

The players who appeared in happy mood had talks with the gaffer before taking time to take some pictures with the man tasked to guide he team to end their long Premier League drought.

For his first match as the head coach for Hearts of Oak, coach Samuel Boadu will face WAFA SC in the upcoming weekend in a game that will serve as a matchday 17 fixture of the Ghana Premier League.