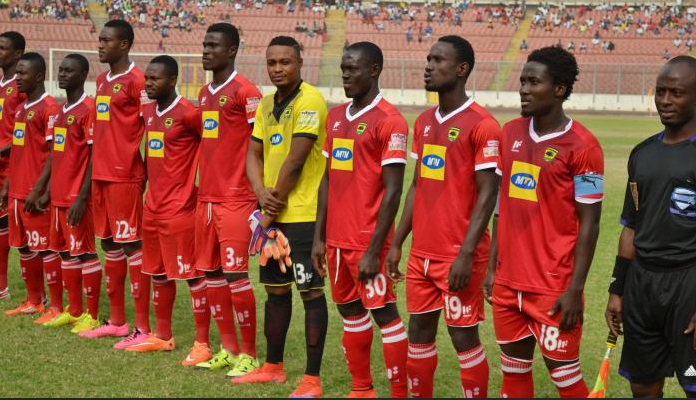 Following Asante Kotoko's break up with Zdravko Lugarusic, lots of coaches have rushed in for the vacant job.

The Porcupine Warriors appear desperate to fill the space created by the decision to axe Zdravko Logarusic on April 9 and have since held several consultations.

Despite not publicly inviting applications, the club’s official mail is inundated with a growing number of CVs, a top source revealed .

“Close to 20 applications received so far” though “the identities of the coaches cannot go public at the moment,” the source said.

Meanwhile, reports in the local media claim Kotoko have made contacts with expats Cioaba Aristica and Steven Polack among others over the vacant position.

The reports claim representatives of the club have inquired about 56-year-old English gaffer Polack who is currently the technical director at Berekum Chelsea.

He is on a second stint in the Ghanaian topflight having previously coached the Berekum-based side in between 2009 and 2011. Polack initially arrived in Ghana with now second tier side King Faisal FC of Kumasi where he stayed for two years before joining the Blues.

Romanian coach Aristica who came close to winning the league title with Aduana Stars last season is said to also be on Kotoko’s radar. An embittered Aristica opted not to renew his stay in Ghana after narrowly missing the title.  He was third on Kotoko’s shortlist when the job fell to Logarusic prior to the start of the ongoing season.

Asante Kotoko’s Executive Chairman, Dr. Kwame Kyei is understood to favour the appointment of a foreign coach more than an indigene. However, the club has a good chance of reuniting with former coach Mas-Ud Didi Dramani should a renewed approach be made.

The record league champions have gone five straight games without a win and now occupy fourth place on the log.