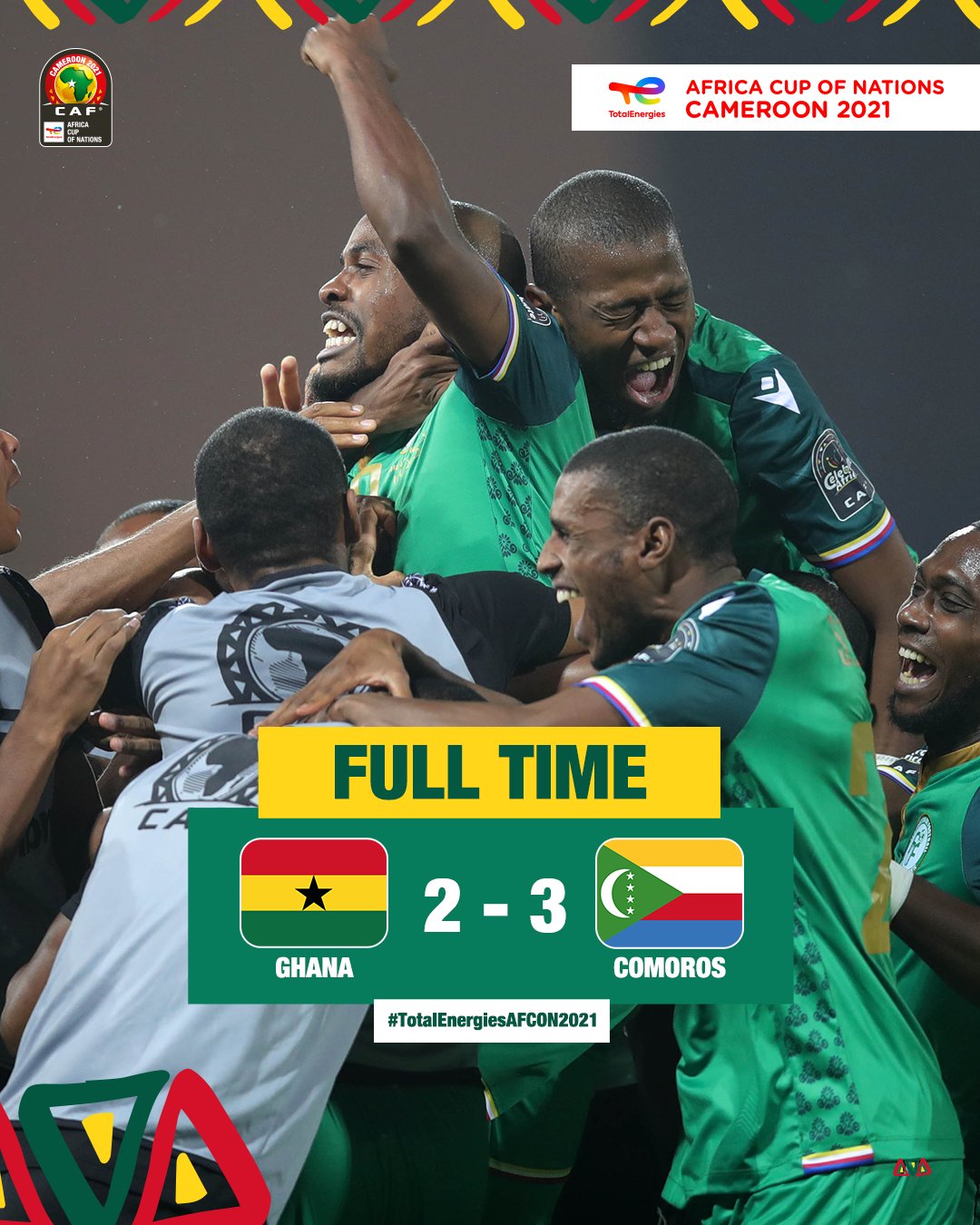 Comoros accomplished one of the most dramatic upsets in African football history on Tuesday, knocking out the star-studded four-time winners Ghana from the 33rd Africa Cup of Nations.

The Roumde Adjia Stadium in Garoua hosted a drama that finished with the brave Coelacanths a team of minnows completing their own remarkable giant-killing.

Despite a poor start in Group C, Ghana was anticipated to sail through the last 16. They were hurt by the early combined blow of going a goal behind and losing Andre Ayew to what appeared to be a little harsh red card in a game that started terribly for them and swiftly went worse. Comoros pushed the lead to two, minutes after the hour mark.

After the game two goal hero Ahmed Mogni who was very excited about the victory spoke to the media.

“This is something special – this victory is historic,” said Ahmed Mogni, who scored two goals for Comoros.

“When we open the history books in the next couple of years, it will be all these players who will be inside. It’s very important for me and for my team because we showed that we have the quality to compete with the big nations in Africa. Also this victory is very important for us because we continue to believe and hope that we can pass this group stage for the next round,”