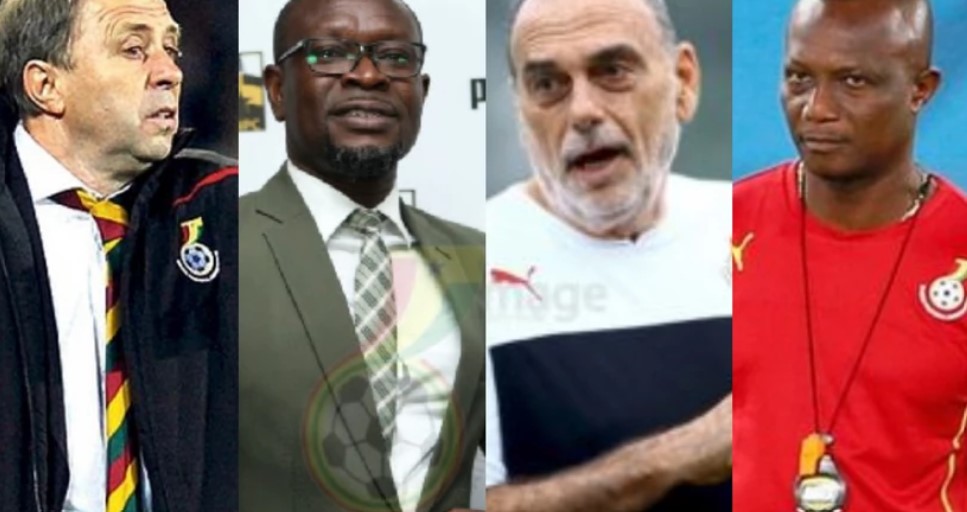 After Ghana's terrible start to the 2022 World Cup qualifiers, CK Akonnor and his two assistants, David Duncan and Patrick Greveraars, were all dismissed.

The Ghana Football Association (GFA) said in a statement that a three-member committee comprised of Vice President Mark Addo, Chairman of the Upper East Regional Football Association, Alhaji Salifu Zida, and Dr. Randy Abbey has been charged with finding a new coach for the Black Stars.

Since Ghana's first World Cup qualifying in 2006, Pulse Sports has recorded all of the coaches who have managed the Black Stars.

Ratomir Dujkovic arrived in Ghana in 2004 to replace Sam Arday, who was then the acting head coach of the Black Stars.

The Serbian tactician came at a time when Ghana had failed to qualify for the 2004 AFCON, but he quickly transformed the fortunes of the team.

The 75-year-old led the Black Stars to qualify for the AFCON and World Cup in 2006, with the team impressively reaching the round of 16 of the latter competition.

The Frenchman led the Black Stars to a third-place finish at the 2008 AFCON, which was hosted in Ghana, but left after the tournament.

The former Liberty Professionals and Black Satellites boss, however, handled just a few games before a substantive coach was appointed to take over.

Milovan Rajevac is widely regarded as the best man to have coached Ghana in the last three decades. This is due to the elevation that he brought to the team in his two years in charge.

Arriving after the 2008 AFCON, the Serbian qualified Ghana to the 2010 AFCON and World Cup. He guided the team to the final of the latter and a record-equaling quarter-final berth at the World Cup.

Goran Stevanovic had the shortest stint with the Black Stars following his appointment in 2011. The Serbian was tasked with winning the 2012 AFCON.

However, after finishing fourth at the tournament, he was immediately fired by the GFA.

Kwesi Appiah became the first Ghanaian substantive coach of the Black Stars in over a decade when he was hired in 2012.

The former Asante Kotoko manager guided the team to the World Cup qualification in 2014, but a group stage exit at the tournament led to his dismissal.

Avram Grant is undoubtedly the biggest name that has managed the Black Stars since Independence.

The former Chelsea and Portsmouth manager arrived in late 2014 and guided the team to the final of AFCON 2015, where they lost on penalties to the Ivory Coast.

However, his two-year contract was not renewed by the FA after he failed to win the AFCON in 2017, as the Black Stars finished fourth.

Kwesi Appiah returned for his second stint with the Black Stars in 2017. He led the team to the 2019 AFCON, where they exited at the round of 16 stage.

The 61-year-old was not immediately sacked after the tournament but his contract wasn’t renewed when it ended in December 2019.

Akonnor was appointed as Ghana coach in January 2019 as a replacement to Kwesi Appiah, who he had served as an assistant to.

The former Hearts of Oak and Asante Kotoko manager, however, failed to impress during his time in charge of the Black Stars.

In 10 matches, he had a win rate of just 40%, having won four, lost four and draw two. The final nail on his coffin was Ghana’s dull 1-0 defeat to South Africa in the 2022 World Cup qualifiers.