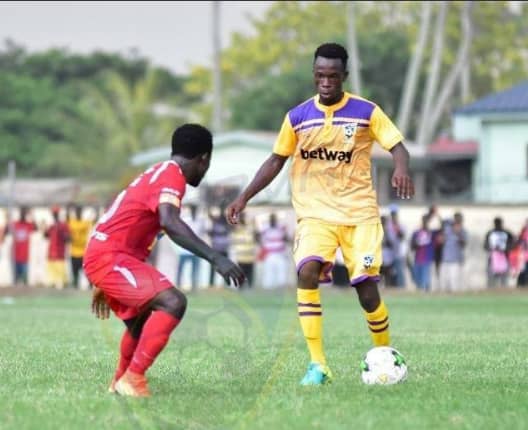 The news comes on the back of continuous signing from Kotoko in the past week as they try to build a formidable side that will be expected to battle with the best of Africa when the team participates in the next edition of the CAF Champions League.

The left-back is set to have a medical with the Porcupine Warriors later today before an official unveiling by the club.

According to reports, Kotoko will seek to tie him down with a long-term contract owing to the fact that he has loads of quality under his sleeve.

Bright Enchil who is a former player of Joel Bouzou Rangers is looking forward to penning his signature for the club to be part of the squad that will represent Ghana in CAF top tier club competition.

We have reached an agreement with @AsanteKotoko_SC for the permanent transfer of defender Bright Enchil.

He becomes the second @MedeamaSC player to join the club after Justice Blay completed his move last week.

We thank him for his services to our great club and wish him well. pic.twitter.com/DAMyOfDM5f