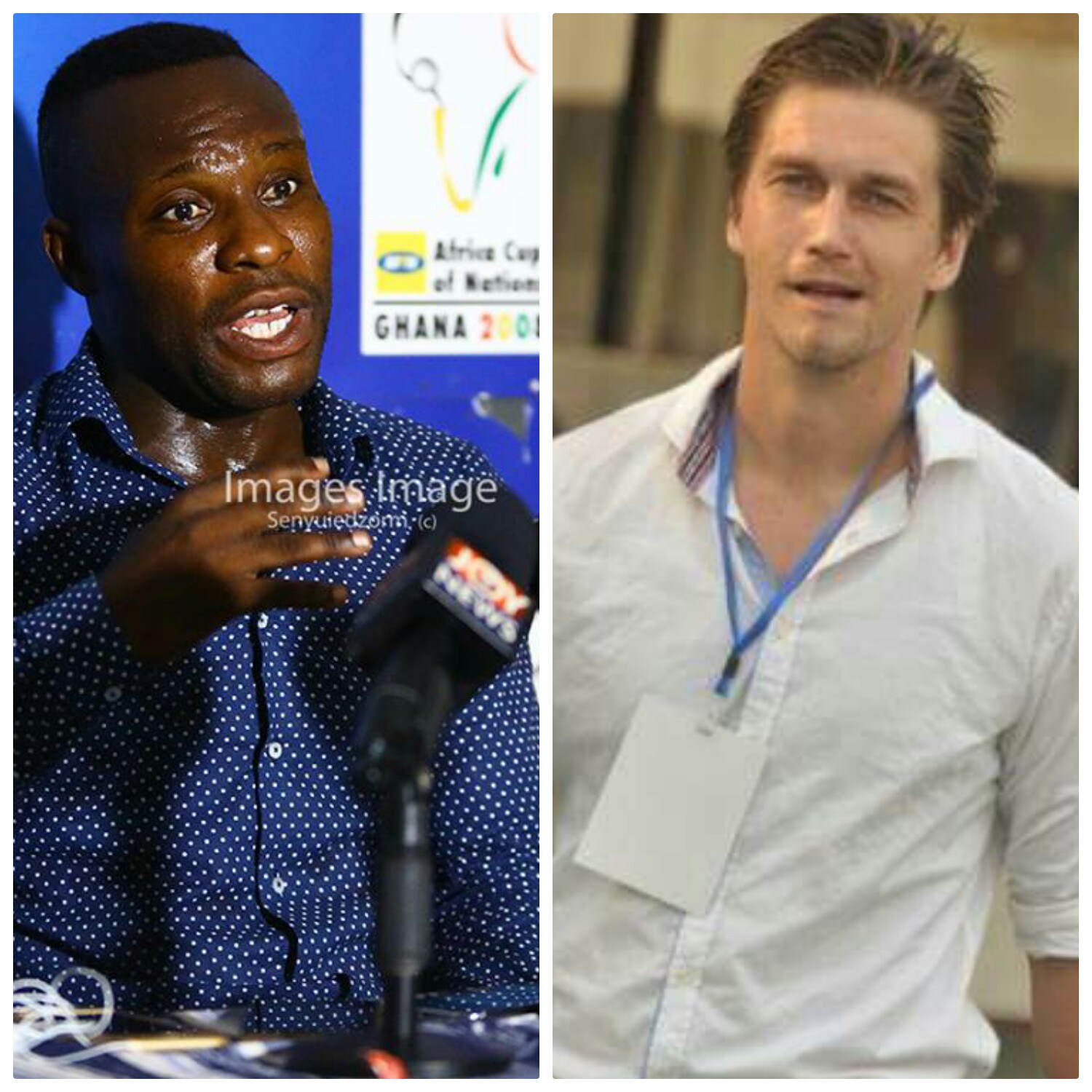 Players of Accra Great Olympics were in dilemma on Wednesday afternoon as a section trained under their new coach Tom Strand while others were stuck to Godwin Attram.

The club announced the appointment of Swedish manager Tom Strand as the new coach on Tuesday, to takeover from Godwin Attram but there was confusion at the club’s training grounds barely 24 hours later as they prepare for the Accra derby against Liberty Professionals at the Carl Reindolf Park in Dansoman.

Fourteen players trained with Strand at St.Thomas Aquinas Park while 15 players were spotted training under the tutelage of Attram at the Fire Service Park.

“We only know of one coach and that man is one of our own. He is called Attram not Tom Strand,” the supporters fumed.

“We throw that white man into the Korle Lagoon if he is spotted at our training grounds and if we catch him ahead of our Ghana Premier League against Liberty on Sunday, his family will find him in the Sea.

“He should go and work at Metro TV if they say he is now the coach of the club. He can be one of their numerous supporters. One can prepare soup for another person to enjoy,” they added.

Olympics are sitting tenth on the log with points 10 points and have picked ony one victory in their last six games in the top-flight.