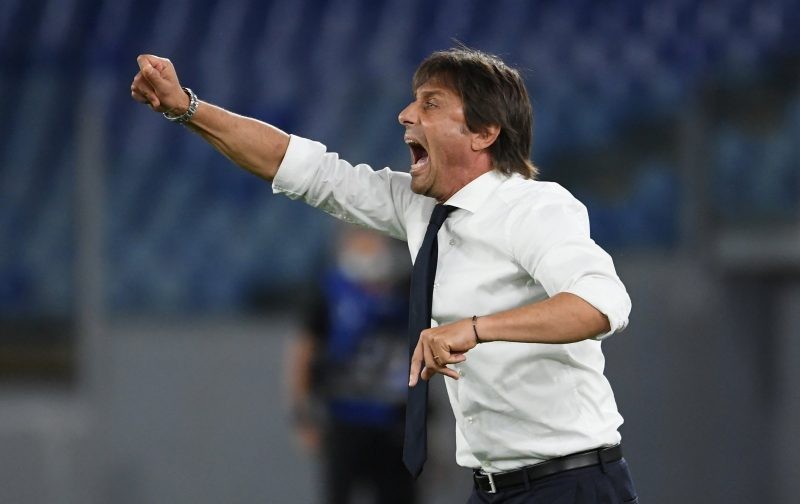 Inter coach Antonio Conte was in no mood to celebrate the Nerazzurri’s second place finish on Saturday, taking aim at the club for failing to protect him and the players during the season.

The Milan giants took down Atalanta 2-0 in the final match of the season, with goals by Danilo D’Ambrosio and Ashley Young deciding the contest.

However Conte was anything but satisfied after claiming management failed to protect the players and him from criticism during the season.

“I wanted to win and I made myself heard like it was any other match,” he told Sky Sport Italia. “I have a straightforward relationship with the team and I am happy because we played well against a tough side.

“I’m happy for the lads and those working at the Pinetina most of all. Today, aside from the fact we finished second and there is nothing to celebrate, we can say that we’ve achieved something that hasn’t been done in quite some time.

“We have to be focused on the present. We have to look to the Europa League. I promise the fans that we will give it our all. I don’t know if we will lift the trophy, but these players have heart, pride and they want to show that the criticism they’ve received wasn’t deserved.

“There will time for everything to be evaluated. It was a tough season, especially at a personal level. It wasn’t an easy year.

“It was a tough year, but it was great to have worked with this group, with [Gabriele] Oriali and everyone else that is here. They deserved what we achieved and it’s right they are praised.

“My work and that of the players wasn’t recognized in my opinion. There was very little protection from the club. When you want to close the gap [to Juventus], you have to be strong on and off the field. We have to evaluate that. We will talk, but the president [Steven Zhang] is in China.

“I thought we would be protected, but when you are weak it’s tough to protect the coach and team. The players did well to isolate themselves despite the troubles. There were some times we found ourselves with two midfielders and two strikers. We got past those difficulties.

“Today I feel I have to praise the players and the people I work with. Only them however. I’m not lacking in anything, I was called here for a winning project. At the end of the season I will say all the things I didn’t like and we’ll see from there. We have to look at things calmly, but there was absolutely no protection for coach and players.”

Conte also noted that Luciano Spalletti famously called out Inter management back in 2017, stating very little has changed since then.

“Up until 15 days ago you threw heaps of dirt at me and the players,” he continued. “There has to be some protection, you must be strong.

“Off the pitch there is much to do. Today there were people jumping on the bandwagon that shouldn’t have, but in the meantime the heaps of shit were thrown at us.

“I have a defect: I have a vision and I know the path that we have to take. I’m not talking about the transfer market. The other day an interview by Spalletti from February 2017 was sent to me where he pointed out some things. It’s 2020 and things are the same.

“I can be a lighting rod for one year, but not the second. Nobody is that crazy, but continuing on like this is diabolical. I just hope it’s clear this has nothing to do with the transfer market.”