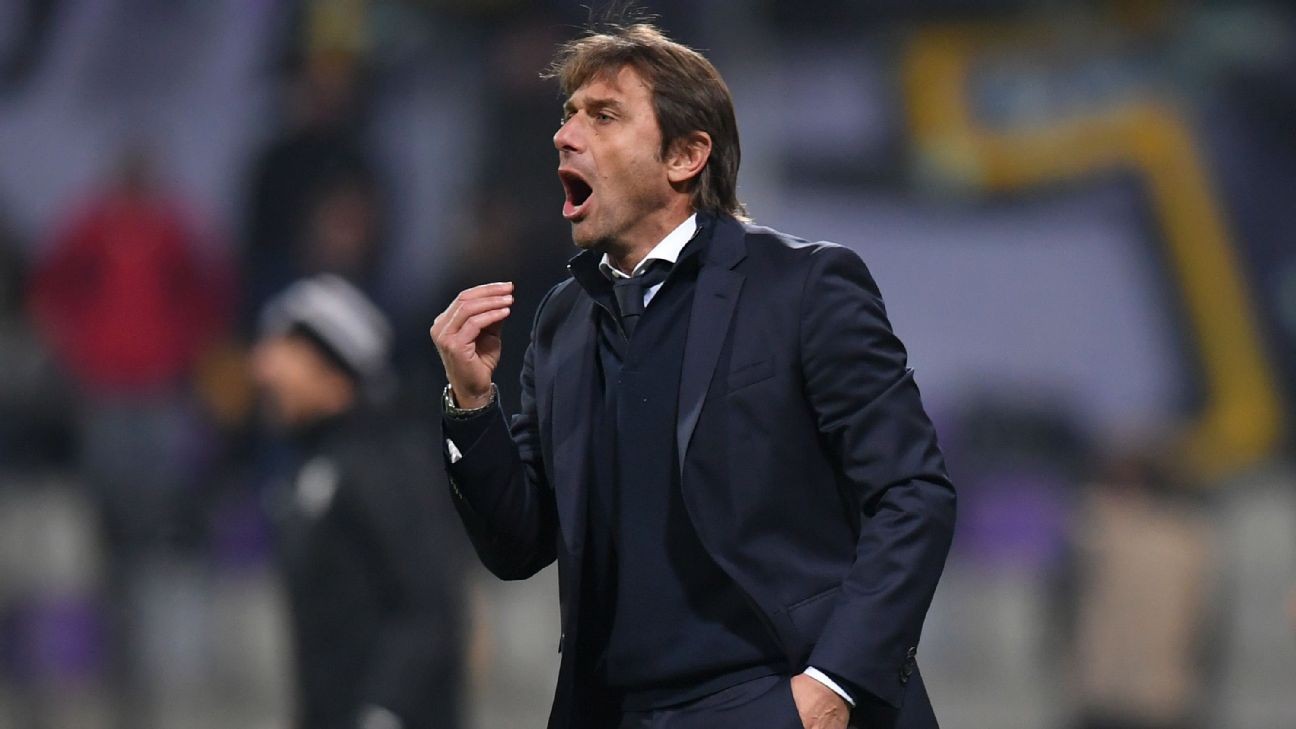 Tottenham Hotspur boss Antonio Conte has slammed his team for playing at "not a high level" after they suffered a stunning last-minute defeat away to Slovenian side NS Mura in the Europa Conference League on Thursday.

Spurs were upset in the final moments of the game as Mura striker Amadej Marosa broke on the counter attack before netting a winner to cap a memorable night for the hosts.

- All the details of the new Europa Conference League
- Stream ESPN FC Daily on ESPN+ (U.S. only)
- Don't have ESPN? Get instant access

Spurs are in danger of being knocked out in the group stage of the competition as they sit in second place, needing to at least match the result of third-place Vitesse in their final match. They can no longer finish top to secure an automatic last-16 spot, although they can still earn a playoff place.

"After three weeks I am starting to understand the situation," Conte said after overseeing his third game in charge. "It is not simple. At this moment the level at Tottenham is not so high.

"I am happy to stay here but we have to work a lot to improve the quality of the squad. There is an important gap with the top teams but I am not scared.

"I am not a magician and after three weeks I have found players that want to work and have great commitment but sometimes it is not enough."

Spurs fell behind in the 11th minute when opposing midfielder Tomi Horvat arrowed a fine shot into the top corner, and things went from bad to worse when midfielder Ryan Sessegnon was sent off for picking up two yellow cards inside 31 minutes.

The 10 men fought back and captain Harry Kane equalised in the 72nd minute, only for Mura striker Amadej Marosa's 94th-minute deflected strike to give the side sitting fifth in the Slovenian top flight a famous victory.