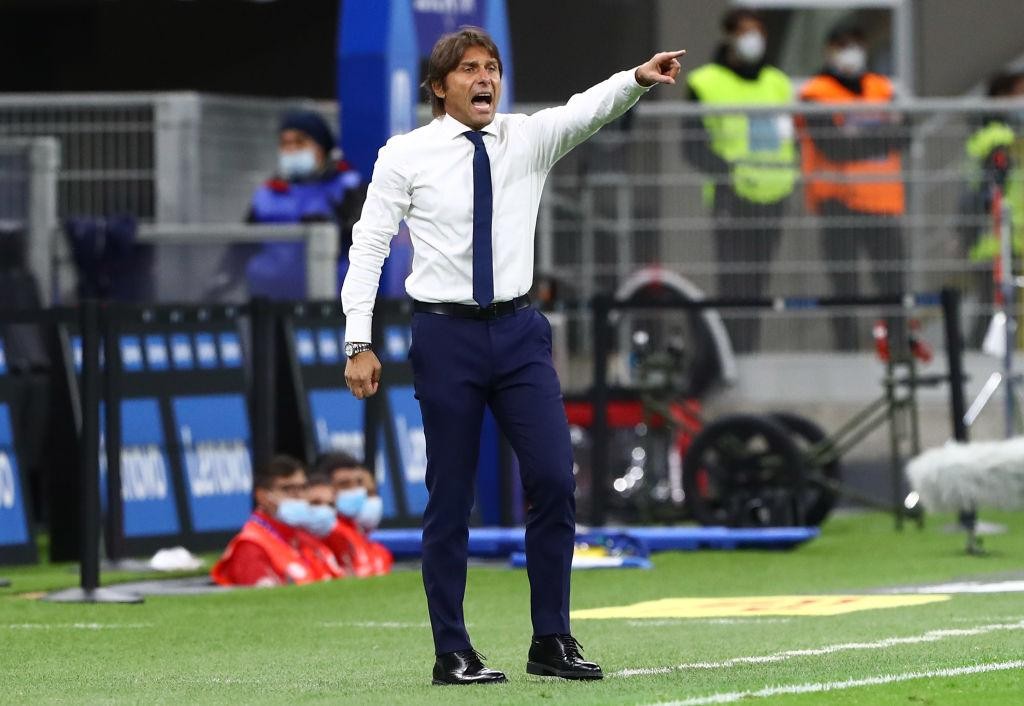 Quotes from Antonio Conte on the eve of the Derby:

What value do you attribute to this game? It arrives at the start of a very important cycle...
“We look to do well in all the games we play, in every game there are three points up for grabs. Of course, the Derby brings bigger challenges. We’re facing a strong team that’s performing well, their performances are following on from an excellent end to last season and are continuing in the same manner. We want to do well and continue how we’ve started and we’re aware that there will be challenges.”

So many Nerazzurri players performed well with their respective national teams
“The last to come back were Alexis and Vidal. If you do well on international duty, you come back with high morale. We want to prepare well for the match and we’ll make the most of the morale that these players are bringing back with them after excelling for their national teams".

How difficult is it to prepare for a Derby in these conditions, with only one training session available before the game?
“An extra day would have made things more comfortable, but there are calendars to respect and we’ll adhere to them. We’re preparing for it today since we haven’t got any other choice. Between video analysis and things written on the whiteboard, training will not need to be too intense or long: the players came back yesterday having played two or three games consecutively”.

Can one already talk about this as a crucial fixture and a test of maturity?
“It’s Matchday four, and important games will be coming thick and fast from now until the end of the season. It’s obvious that, when it comes to taking responsibility, I expect the lads to grow. It’s important to keep moving forward.”

How’s Alexis Sanchez?
“He came back yesterday with muscle fatigue. We’ll evaluate him today during training and we'll obviously have to be careful. There’s a cycle of seven games with fixtures every three days, so we will make our evaluations with the player and then we’ll judge the level of risk. If he says he’s ready because of how he feels physically, then we’ll listen to him”.

How is the health crisis currently impacting things?
"We all need to be proactive and work together. We also need to accept the current situation. There needs to be patience and willingness. We’ve already been through a very difficult period, and it’s disappointing that it’s quickly been forgotten about. Now, it seems like another difficult period is on the horizon, both in the world of sport and in life in general. We need to show more unity than ever to deal with the situation as best we can and march ahead. Should things come to a halt, it’d be disastrous for everyone. Everybody must try to do their all in their own personal domain.”

Have you noticed a change in philosophy and mentality in Italian football, with teams looking to control matters more and perhaps risk more in defence?
“Last season, we scored 113 goals in all competitions. This was a lot, and I hope we can repeat this feat. Football is continuously undergoing evolutionary changes: the intensity and tempo of the game has increased, as has the way teams press. We need to adapt to certain situations and opportunities. The standard has increased in Italy, with their being more desire to play matches in an open manner, to build from the back and propose certain ideas.”

Inter will be without a number of players, will the team need to play with more of a competitive edge out on the pitch?
“I don’t think that any difficulties we might have should have an impact on the team’s intensity or desire. Our determination, attitude and concentration levels always need to be at the maximum level. Since I’ve been at Inter, I’ve only had focused and determined players at my disposal, I’m happy with what I’m seeing.”

How are you expecting the match-up between Hakimi and Theo Hernandez to play out?
“I’m expecting a match between two sides with very interesting players who are capable of helping out their respective teams. Hakimi and Hernandez both have great physical prowess and quality.”

How does Inter’s three-man defence fit into the team’s way of playing?
“We ask our central defenders to help in our build-up play, and this is something we work on a lot. We also ask one of the two defenders either side of the man in the middle to join in when we attack. During my coaching career, I’ve had players that are natural full-backs fulfil that role: Azpilicueta and Kolarov are two examples. More and more club sides are adopting a three-man defence: it’s an evolutionary development in the game.”

Have you already decided who will play in midfield?
“I’ve certainly got less of a selection headache given that we’ve only got four midfielders available. Tomorrow will be the first of seven matches in a period which will see us play every three to four days. As I’ve always said, it will be necessary for us to rotate. At the same time, I’m very calm: we’ll be starting out with three midfielders, new players will come in on Wednesday, with this also being the case on Saturday. Everyone will be involved. The most important thing is to show willingness to be ready: the players need to make a positive impact whether they start or come on during matches.”

Has there been too much backlash about Eriksen’s comments?
“I don’t know if he hasn’t played a lot for Inter. At the moment, in my opinion, he’s playing well. I make the decisions for the good of the team, although I can make mistakes. I’m impressed by what he’s giving to Inter, there’s always room for him here as there is for everyone: it’ll be a long and exhausting season. Tomorrow I’ll play three midfielders and have another midfield option on the bench. Eriksen is showing his worth.”

When a player is diagnosed with COVID-19, how long will it be before we’ll see him again on the pitch?
“COVID-19 positive players are monitored on a daily basis by all the staff. It’s difficult to use the ball at home, but we try to keep them going. We also do video sessions to limit the damage that this period of inactivity can do. Of course, they will be in a worse condition than their teammates who still continue to train.”

How much will you miss the crowd’s support in the upcoming Derby?
“I regret to say that playing without the fans’ support is not an enjoyable experience. One forgets how much you work and sweat just to entertain the fans come to watch. In the last Derby, the support of our fans was essential for our comeback. But in this instance, we have no choice but to get on with it and give it our best for the colours of our Club.”