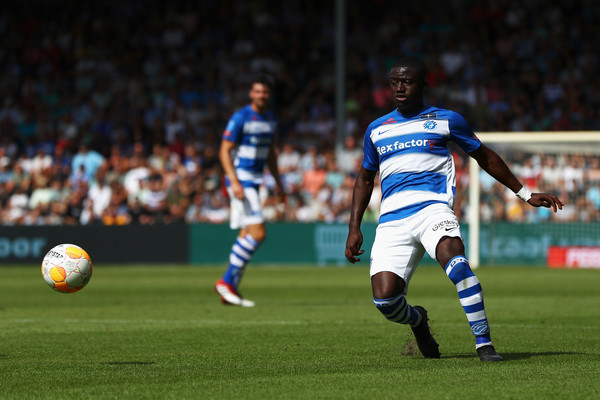 Willem II struggles, Leeroy Owusu  is no exception. In the run-up to the game with his old club Ajax, the right-back tells about the doubts that poor performance entails, and what influence this has on himself.

At the end of a conversation that was largely about (self) confidence, Leeroy Owusu gives an honest answer to the question whether he can easily get rid of Willem II's current dip. ,,Not really. I'm an emotional guy, can have a short fuse. So if things go less sporty, I'll take that home with me, yes. I think that's good too. If something is your profession, you want to get better and grow every day. And if that doesn't go well, I don't think it's so bad to be stuck with that."

(Self) confidence, therefore. It is a key word with Willem II, but mainly because it is currently not or hardly there. After seven league matches in a row without a win, the pressure is on. Owusu does not have a simple, unambiguous explanation for the decline. "It is difficult to indicate exactly what is not going well, but you can tell from a lot of things that things are not going well," it sounds cryptically. ,,At the beginning of the season we all radiated that we - so to speak - could not lose a game. But if there is a goal against now, you see confidence decline.”

Doubts rarely lead to good field play, Owusu also knows. ,,Willem II is a club that always wants to play football well, that's what this trainer wants, but that doesn't work enough now. In competitions, because during training I sometimes think: Wow... What's the difference? Dare and guts. We don't have that right now.” And that also affects the player who is Owusu. ,,Actually, I am an adventurous player who likes to play football. Standing up, dribbling, taking risks: I never thought about that.”

Now it is, according to Owusu, who is working on his second season in Tilburg. ,,Look, last season was a horror season. This season nothing has happened yet, but we are in a dip, which we have to get out of.” What the defender is trying to say is that Willem II's lesser performances have made him a different player in certain areas. “I often take less risks than I used to. And that's actually not good, because that's exactly where my strength lies. On the other hand, the team interest comes first. I can play my own game and take all kinds of risks, but if everyone else suffers, it won't do us any good. I sometimes have conversations with myself about finding that balance - between taking risks and playing with your head. I find that challenging, but also difficult, I say that very honestly.”

What also becomes challenging is the confrontation with Ajax, the club where he grew up. ,,I played there from the age of 7 to 21, so that remains special. The fact that we play without an audience might be an advantage for us, yes. As a result, they may unconsciously be less interested in it. 'Willem II is coming to visit, we have to deal with that quickly', that idea. Either way, it will be a tough race, but nothing is impossible.”

Finally, when his probable direct opponent against Ajax (captain Dusan Tadic) comes up, Owusu once again points out what a little extra confidence can mean. ,,It has been a long time since someone comes into an Eredivisie club and puts things to his will, has so much influence. Tadic was good at Southampton, but nobody knew he was that good. Then you see how important a way of playing and - indeed - trust is."