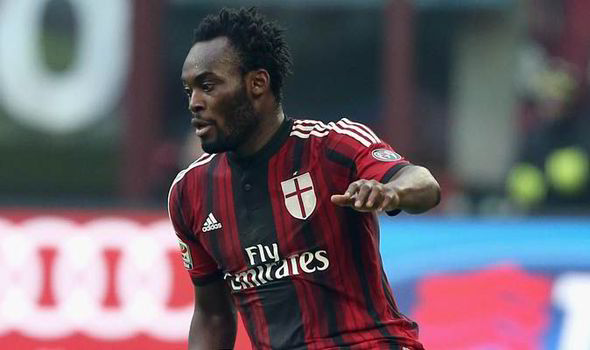 Essien's agent Fabrizio Ferrari revealed that his client is unlikely to extend his deal with AC Milan, and will be a free agent from July onwards.

Ferrari said: "I don’t think he [Essien] will extend his contract.

"He’s happy at Milan, and it’s possible he could stay, but I doubt that will happen. It’s difficult to predict what will happen in June."

The news is bound to entice a host of European clubs, but perhaps none more than Arsenal.

Spurs: Pochettino says Levy is in charge of transfers in July

I don’t think he [Essien] will extend his contract

Arsene Wenger doesn't exactly have a plethora of options to protect his back four.

Mathieu Flamini and Mikel Arteta have done an admiral job, but lack the physicality and dominance that Chelsea have with Nemanja Matic and Man City with Yaya Toure.

Wenger has even experimented with young Calum Chambers in the holding role, but the England star is clearly better suited in defence.

Therefore an experienced, athletic and strong campaigner in the form of Essien may prove the best stopgap until a permanent star can be located.