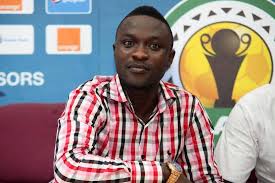 Medeama SC communications director, Patrick Akoto, expressed his confusion at the national teams receiving part of the COVID-19 relief fund given out by FIFA and CAF.

Akoto makes the case that the Ghana Football Association does not make major expenses on the national teams and as such should not be allocating part of their money to them.

He added: “In the Nigerian Football Federation for example, they pay their coaches directly so if they decide to use part of the funds for the national team, that will not be a problem but that is not the case for Ghana."

"We need to balance the scale. If we say we are mitigating, how are we mitigating the Black Stars where the players take $17,000 dollars?” he quizzed.