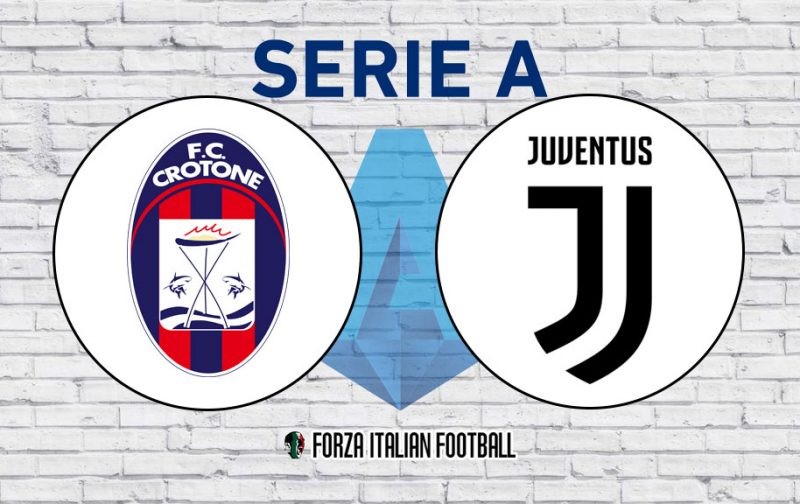 Crotone aim to pick up their first ever victory over Juventus when they welcome the Italian champions to town on Saturday night (kick-off 20:45).

Crotone drew their most recent Serie A match against Juventus (1-1 in April 2018) – in the previous three fixtures against the Bianconeri in the Italian top-flight they had lost each time without scoring any goals.

o Across Serie A and Serie B, Juventus are unbeaten on the road against Crotone (W2 D1).

o Crotone have lost each of their first three matches in the league this season: in both of their previous Serie A campaigns they started with one point from four matchdays.

o Crotone have always lost their first home Serie A match of the season (also in 2016/17 and 2017/18) – in both previous seasons they have drawn the second home game.

o Juventus haven’t lost any of their first three league matches in eight of their last nine Serie A campaigns (since 2011/12): the only exception coming in 2015/16 under Massimiliano Allegri.

o The last time Juventus failed to win in six Serie A matches on the road was in August 2010 – currently they are on a streak of five away league games without a victory (D2 L3).

o Crotone’s only goal against Juventus in Serie A was netted by Simy (1-1 in April 2018) – the Nigerian striker is also the only Crotone player to have directed at least two shots on target against the Bianconeri in the competition (two).

o Federico Chiesa could make his debut with Juventus: in his two most recent Serie A matches against Crotone, he scored one goal and provided an assist.

o Gianluigi Buffon could play his 650th Serie A appearance: he played 83 top-flight games for Parma between 1996 and 1999 with Enrico Chiesa, his current teammate Federico Chiesa’s father.