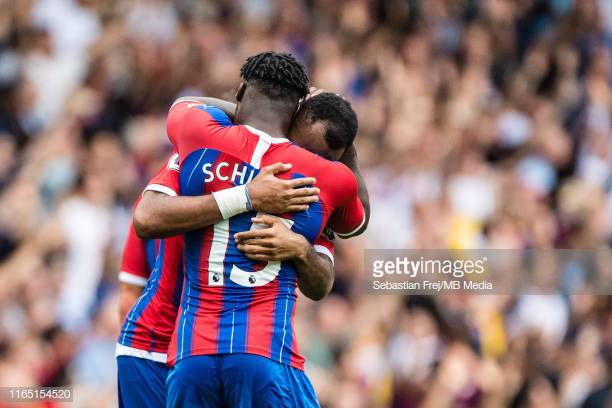 Schlupp and Ayew both featured for Palace in their 1-0 win over Millwall on Tuesday to seal their third straight victory of the summer and second triumph over local adversaries.

Max Meyer's lone goal in the 28th minute of the game was enough for the Premier League side to secure a slim victory.

"The goal today, as soon as Wilf got the ball in the third part of midfield, he's always dangerous in behind. [Jeffrey] Schluppy, Jordan [Ayew] are great runners, great dribblers, so if we get to the third part, we've got so much pace, so many creative players to create chances and it's nice to be part of those attacks," Riedewald said after the game.ss

Ayew played full throttle while Schlupp lasted for 74 minutes before being replaced by Kirby.

Ayew ended last season with nine goals - including that stunning strike against West Ham United in December - and as the Eagles’ Player of the Year. He was also was named Crystal Palace Player of the Month twice and he scooped 10 man-of-the-match awards.

On the other hand, Schlupp scored three goals in 17 league appearances in the 2019/20 season, despite struggles with varying injuries during the campaign.