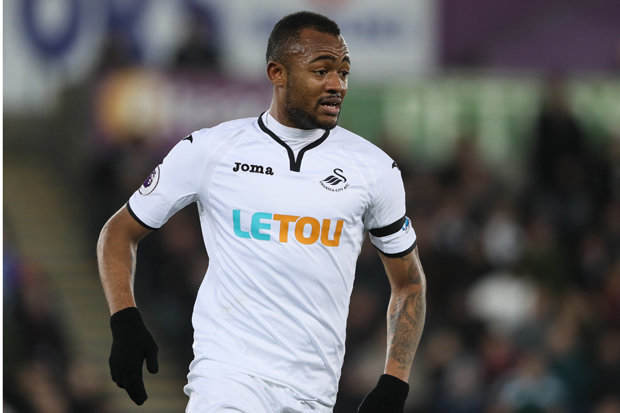 Supporters of Crystal Palace have taken to social to express their displeasure over the exclusion of Ghana striker Jordan Ayew from the team's squad this season.

Ayew was left out of the squad list for Crystal Palace for the 2018/19 season even though he joined the team before the transfer deadline.

The English Premier League excluded the striker from the final squad of the teams as it released the full squads for all the teams in the English top-flight on Wednesday.

Ayew met all the conditions needed for his loan move from Swansea City to be approved by all the football authorities in England on deadline day.

He was unveiled by the club the following day with his father and agent Abedi Pele in attendance which suggests all was good and sound.

However, in a post on its official website, on Wednesday, the English Premier League released all the squad lists of the team with Ayew not registered among Palace's 25-man squad list.

Some fans of the English side have taken to social media to voice their anger at his non-inclusion.

I really don’t get the Ayew situation. Why would you make such a fuss about signing him, paying his wages and not include him in the 25 man squad #palace #swans

When Jordan Ayew thinks going to Crystal Palace will be an upgrade pic.twitter.com/d0D8SToRBQ

What's going on with Jordan ayew?

Does Jordan Ayew have a kit number yet? #CPFC

omds palace fans stop being so reactionary. if Ayew’s squad number hasn’t been announced, he’s not going to be listed on a premier league website announcing the squad numbers, is he?

Does Jordan Ayew have a kit number yet? #CPFC