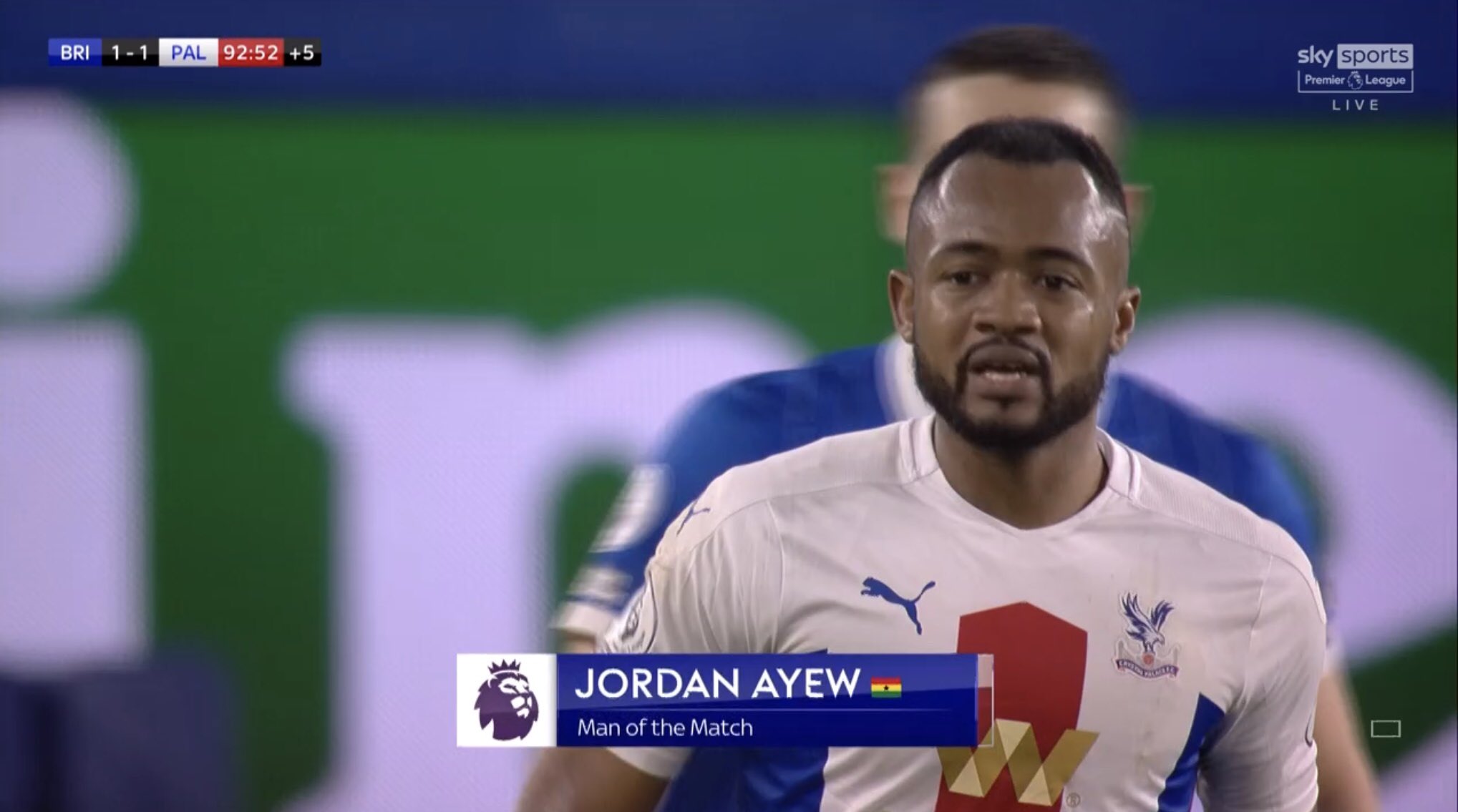 Crystal Palace manager Roy Hodgson has heaped praises on Jordan Ayew for his outstanding display in the 2-1 win against Brighton & Hove Albion.

The Ghana striker helped the Eagles to snatch all three points at AMEX Stadium.

Jean-Philippe Mateta shot Palace ahead before the break.

The former Mainz 05 forward was incredibly set up by Jordan Ayew who was on fire throughout the full 90 minutes.

Joel Veltman equalised for Brighton after 55 minutes in the second half.

However, substitute Christian Benteke struck a stunning volley in stoppage time to clinch all three points for Crystal Palace.

Palace gaffer Roy Hodgson elated with the performance Ayew put up on the night.

“He [Jordan Ayew] was outstanding. Behind both goals. First was a wonderful pass from Kouyate, he did incredibly to hold off the challenge. And then running out in the last minute, giving Andros the chance to create.

"And his defensive work was great. It had to be. We had to be 100% certain around the penalty area to keep them out. We’re obviously very pleased,” Hodgson said after the match.

The Black Stars striker has assisted three times and netted one goal in 21 league appearances for Crystal Palace in the ongoing season.