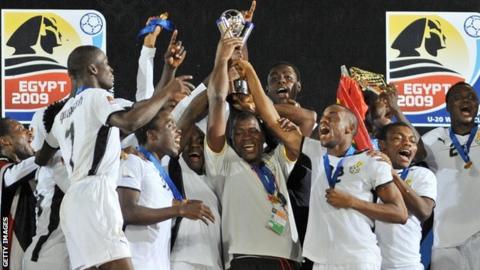 Former Black Satellites defender Daniel Addo has urged the Goverment to fulfill the promised made to the team after winning the 2009 FIFA World U-20 Championship in Egypt.

Addo disclosed that ex-President of Ghana, the late Professor Atta Mills promised to invest a certain amount of their bonuses in their names but they are yet to be informed about the interest after ten years.

In an interview with Richmond K Entsie gfa, the defender also indicated that the players inquired about their interest but were told it’s in the period of 15 years.

"One thing I’m worried about is the investment that was done in our names , I pray we are remembered when the time is due for the collection of the investment.

"I have a certificate to that effect and that U-20 squad, we do have our whatsapp platform and we do discuss about it," he said.

"We actually took a step but the response wasn’t encouraging. The investment is for a period of 10 to 15 years and we were told by the then President of Ghana about it.

"But when we inquired it wasn’t like that, it’s rather a period of 15 years. We just want to know how far the interest has gotten to.