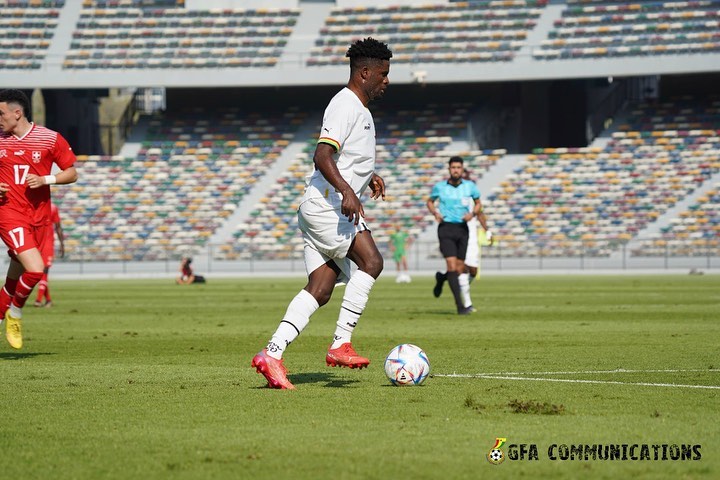 Hearts of Oak head coach Slavko Matic has stated that he doesn't expect star midfielder Daniel Afriyie Barnieh to return to the Ghana Premier League side after the 2022 FIFA World Cup.

Matic was speaking after Hearts of Oak beat high flying Accra Lions 3-1 with 10 men today at the Accra Sports Stadium.

Gladson Awako’s powerful opener and second half goals from Ibrahim Salifu and Benjamin Yorke ensured the Phobians collected all three points. Second half substitute Seidu Bassit pulled one back for Accra Lions in the second half.

"I am not expecting Afriyie Barnieh back at Hearts of Oak after the 2022 FIFA World Cup," he said after the game.

Barnieh was handed his first ever Black Stars start against the European country and excelled as Ghana inflicted a 2-0 win over Switzerland. Goals from Mohammed Salisu and Antoine Semenyo gave Ghana the deserving win over their European opponents as they head to the 2022 World Cup in high spirits.