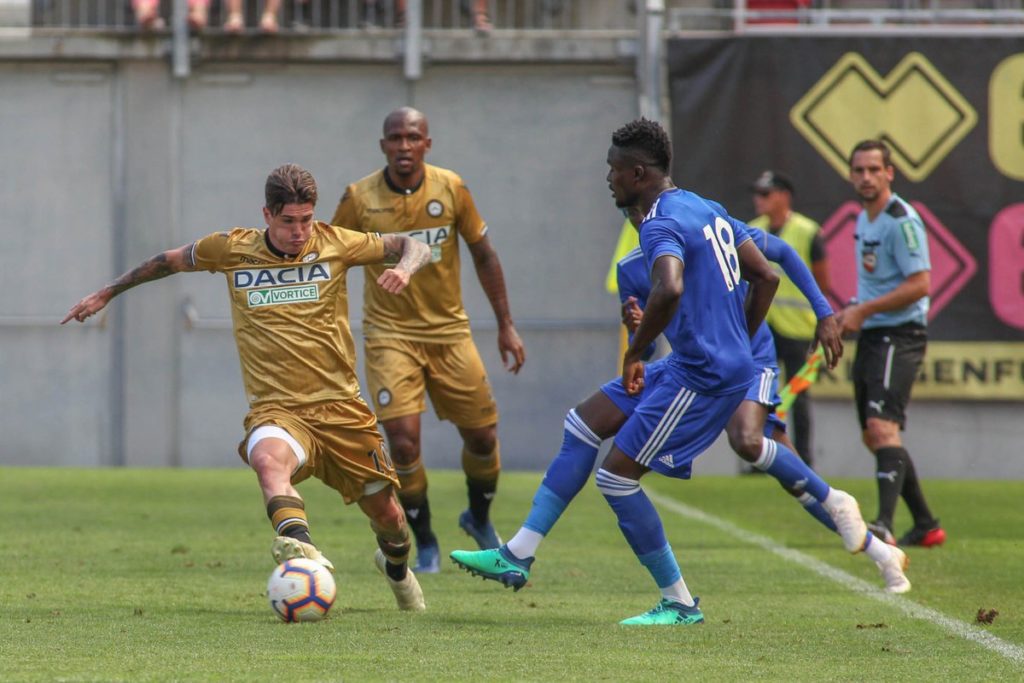 Ghana defender Daniel Amartey was in action during his club side Leicester City's preseason friendly with Italian side Udinese.

Amartey impressed greatly in the game but that wasn't enough as his side lost 2-1 to Udinese.

He is on a mission to impress manager Claude Puel for a starting role coming season.

Amartey's compatriot Nicholas Opoku came on in the second half for Udinese and fired a shot which nearly trouble Leicester goalkeeper Ward.

Next up for Leicester City is a King Power Stadium clash with Valencia on Wednesday evening.