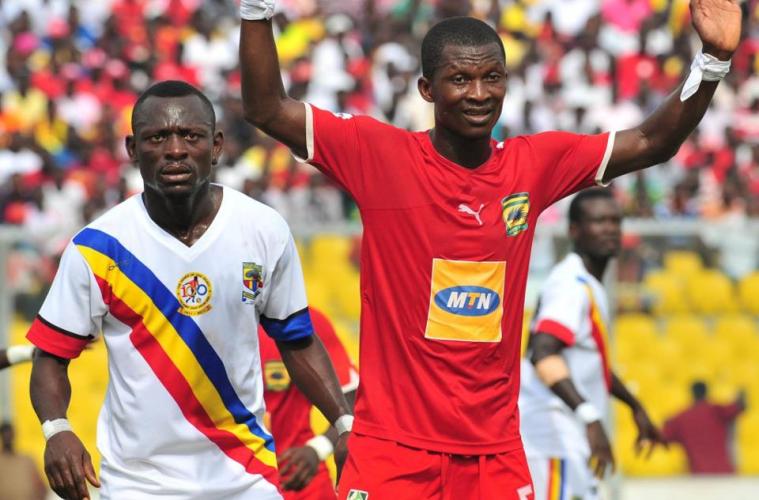 Former Kumasi Asante Kotoko midfield enforcer, Daniel Nii Adjei has implored the newly constituted board of directors for the club to build a formidable squad that can conquer Africa.

According to him, his former employers inability to conquer Africa bound down to lack of consistency and has therefore charge the board to maintain their squad if they are to become a fearsome side.

The Porcupines have been a force to reckon with on the local scene as they have clinched the Ghana Premier League 24 times.

However, they have struggled to win an African trophy for over 3 decades and the closest they came was when the lost the 2004 Confederations Cup to bitterest rivals Hearts of Oak.

Nii Adjei, who won the continental showpiece with Congolese side TP Mazembe between 2015 and 2017 in an interview with Nhyira FM said having a team to conquer Africa requires a long term project and the Reds have to build a formidable squad for the target.

“You need consistency to conquer Africa. Asante Kotoko doesn't have a constant team squad. For them to compete well in Africa, they need a standing team that has played together for long. You can't take just three months to build a team to compete in Africa” he said.

Meanwhile, Life Patron of Asante Kotoko His Royal Majesty, Otumfuo Osei Tutu II has tasked the newly formed board of the Porcupines to rebuild the club and make it a viable and self-sustaining economic entity.

They 9-member board include current executive chairman Dr Kwame Kyei who is expected to steer the policy direction of the club with Mr Jude Arthur acting as his vice.