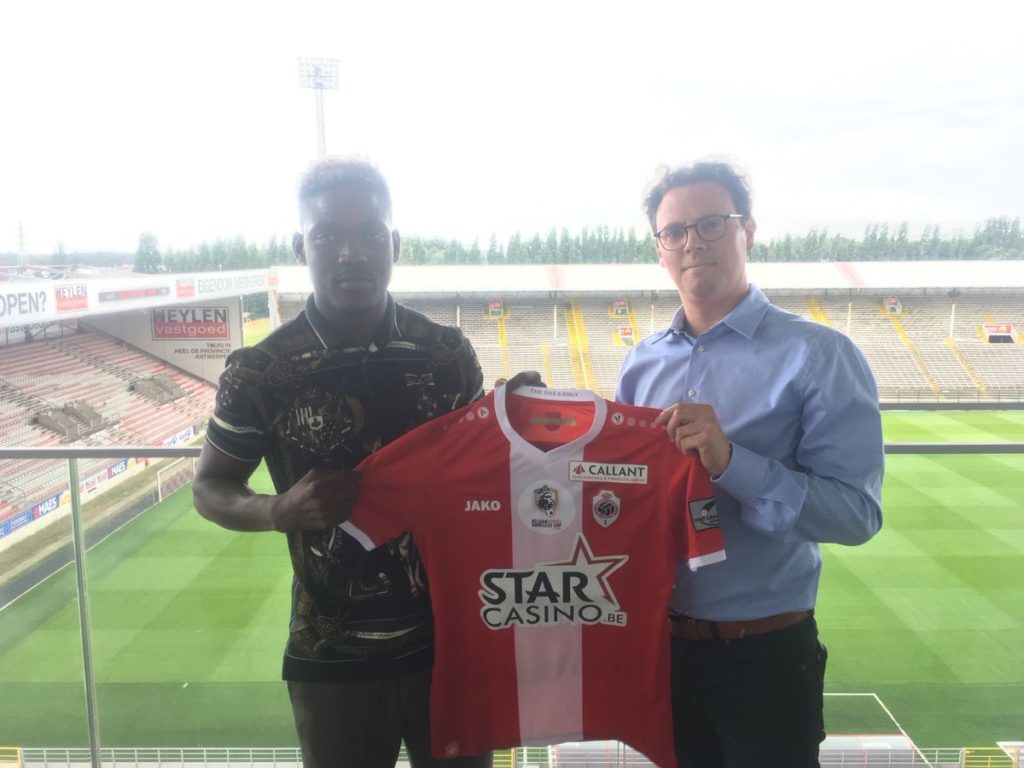 Ghana defender Daniel Opare has signed for Belgian side Royal Antwerp on a two-year deal.

Opare signed the contract on Wednesday with an option for an additional one year.

The move is a return to Belgium for the 27-year old who spent four seasons at Standard Liege.

He is reuniting with Antwerp Director Luciano D'Onofrio who signed him for giants Standard Liege in 2010.

Daniel Opare has been without a club since his contract with German Bundesliga side Augsburg was terminated in February this year.